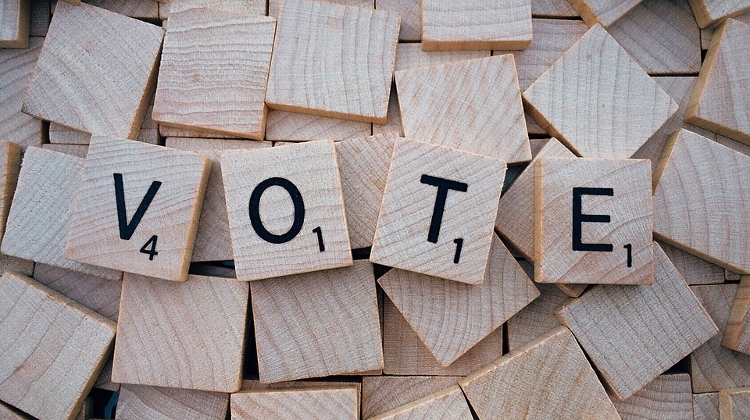 The European Parliament has adopted a resolution denouncing “the dismantling of democracy and the rule of law in Hungary” and condemning the country’s recently approved anti-paedophile law, saying it was in breach of European Union values, principles and law.

In the resolution passed with 459 votes in favour, 147 against and 58 abstentions, MEPs said Hungary’s new law was “in clear breach” of fundamental rights enshrined in the EU Charter of Fundamental Rights, as well as the bloc’s founding treaties and internal market legislation.

The resolution called the law “another intentional and premeditated example of the gradual dismantling of fundamental rights in Hungary”, adding that “state-sponsored LGBTIQ-phobia and disinformation campaigns” had become “tools for political censorship” in the country.

It said such “human rights violations” were part of a “broader political agenda to break down democracy and the rule of law, including media freedom” and should be considered a systemic violation of EU values.

EU lawmakers said last December’s amendment to Hungary’s constitution stipulating that a mother is a woman and a father a man and prohibiting the gender recognition of transgender and intersex people was another example of a violation of EU law.

MEPs also expressed their commitment to defending children’s rights, declaring that “tolerance, acceptance, and diversity should serve as guiding principles to ensure the best interests of the child are respected”.

The resolution calls on the European Commission to initiate an infringement procedure against Hungary over what the MEPs call the “anti-LGBTIQ legislation” and to “use all tools” available to the Court of Justice of the European Union, “such as interim measures and penalties for non-compliance if necessary”.

It also calls on member states to bring the matter to the CJEU if the EC fails to take action over the law, and to launch an inter-state application to the European Court of Human Rights.

Hungary’s anti-paedophile law approved last month stipulates, among other things, that sex education materials in schools must not contain anything aimed at changing gender or promoting homosexuality.

The Hungarian government says the law is about giving parents the exclusive right to decide on the sex education of their children.

Anti-Paedophilia Law 'Among Most Important of   Past 12 Years', Says House Speaker

Hungary’s anti-paedophilia law is among the most important laws passed in the past 12 years, and the “rage it has brought up in western European politicians is irrational”, House Speaker László Kövér told the portal mandiner.hu.

In an interview published on Thursday, Kövér said that despite criticism from the European Union, “Hungary will remain a member of the EU until [the EU] collapses.” As the bloc is moving “on a trajectory that is economically, socially, spiritually and morally unsustainable”, that is likely to happen within this generation, Kövér insisted.

At the same time, the EU remains the best platform to represent Hungarian interests, and the formation that provides the “largest room to manoeuvre,” he said. However, “it is being transformed increasingly aggressively and swiftly into a sort of Atlantic empire,” he added.

Kövér said he expected a shift in relations “with the victory of the Italian right” and a potential right-wing victory at the French elections. Such developments would influence European institutions as well as the “entire political climate”, he said.

Regarding Fidesz’s departure from its former party family in the European Parliament, Kövér said it was “no cause for celebration but the situation was untenable, with tiny parties trying to humiliate us every day” within the European People’s Party.

He insisted that would not have been possible without the clandestine support of Germany, “who didn’t want to stand up to that action because bad relations with a Visegrad Group country, with which they have lucrative economic ties, is not in their interest.”