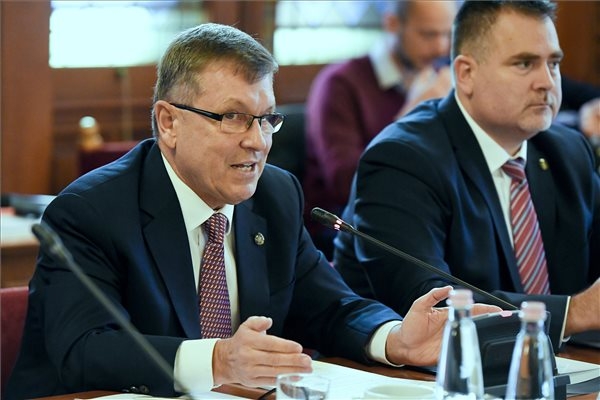 György Matolcsy, the governor of the National Bank of Hungary, suggested the country’s economic development would be better served by an “economic policy centre with a mandate to achieve sustainable convergence” in the government’s institutional structure in an op-ed piece published online by daily Magyar Nemzet.

Matolcsy blamed “institutional weaknesses of economic policy” for Hungary’s “mediocre” performance in the region in an op-ed piece published a week earlier.

In his Monday op-ed piece, he said the government had taken “not the best decision” but opted for “the path of least resistance” when it put a “tried and tested” finance ministry in an economic policy role.

“The price of this [decision] was a collision of the economic policy centre with fiscal interests, in which short-term interests turn(ed) out to be the winner,” he said.

He added that there was no such contradiction while the economy ministry functioned — prior to the 2018 general election — because the “primary interest” of economic policy at the time was bringing the budget deficit under 3% of GDP.

After that threshold was achieved, establishing sustainable convergence “became the main task”, he said.

The central bank chief argued that an “economic policy centre with a mandate to achieve sustainable convergence” would have used European Union funding to achieve “the most effective investment, impacting the structure of growth in the biggest and best manner”, instead of spending “as much of the EU monies as fast as possible”.

He also said such a policy centre could have contributed to more dynamic home construction after the conversion of Swiss franc-denominated home loans, to the continuation of structural reforms boosting competitiveness, to the acceleration of the digital transformation, to more efficient state investments, and to an improvement in macroeconomic indicators, helping Hungary to reach its highest level of development, relative to Western European countries, since 1936.

“Let’s learn from the mistakes of the past so we can all be winners,” Matolcsy said, closing with a quote: “Good is the enemy of better”.