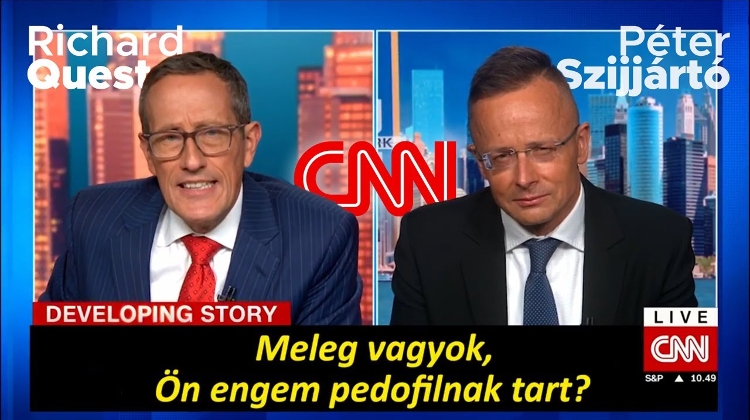 Foreign Minister Péter Szijjártó was interviewed by CNN’s Richard Quest about the controversial “Pedophilia Law,” the upcoming elections, and the European Union.

“You know as well as I do, I am gay,” said CNN’s reporter Richard Quest, who is also a non-practicing barrister.

He then asked the Hungarian Foreign Minister: “Do you consider me to be a pedophile?”

"We are not going to make any kind of compromise." Hungarian Foreign Minister Péter Szijjártó says about as he discusses a Hungarian law that is widely viewed as anti-LGBT, he also talks about the upcoming elections in Hungary, and the future of the European Union.