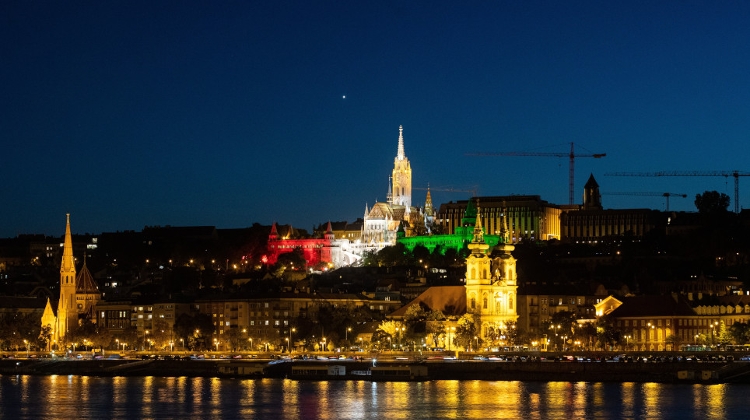 In their speeches on October 23, both Prime Minister Orbán and the leaders of the opposition claimed that they are the true heirs of the 1956 freedom fighters.

In his commemoration address, PM Orbán said that his party wants to defend Hungarian sovereignty, suggesting that the opposition parties as well as the Communists ruined the country and turned against their nation.

PM Orbán also hinted that the current opposition parties are supported by ‘Brussels’ and George Soros who want to force liberal values including LGBT ideology on Hungary.

The leaders of the opposition in their joint commemoration event called for unity, so that the opposition parties can defeat Fidesz in the April election and fulfil the hopes of the freedom fighters of 1956 and 1989.

Népszava’s Miklós Hargitai accuses PM Orbán of historical negationism, and likens him to Communists and other dictatorships that use memory politics for their political purposes.

The left-wing analyst finds it absurd that the Prime Minister lambasted the West for not helping Hungarians in 1956 but failed to mention that the revolution was crushed by the Soviet Union.

Hargitai suspects adds that the government used the commemoration to draw a parallel between 1956 Communists and the current opposition. Hargitai concludes by asking politicians to leave the memory of 1956 in peace.

In Magyar Nemzet, György Pilhál finds it nauseating that the opposition wants to appropriate the memory of 1956 and pose as the heirs of the freedom fighters.

The pro-government columnist claims that in 1989/90, even the late Communists tried to make the same claim, in order to strengthen their legitimacy.

Pilhál also likens the 2006 police violence ‘ordered by PM Gyurcsány’ to the 1956 clashes, in light of which he deems even more absurd the opposition’s use of the memory of the revolution.

Pilhál concludes by claiming that the 1956 revolution is still not accomplished, as the current opposition which serves foreign interests now want to achieve the aims of the 1956 invaders – this time using liberal ideology rather than arms as their weapons.

'Brave Men & Women' in 1956 Fought for 'Liberty on the Streets of Budapest', Says US Official