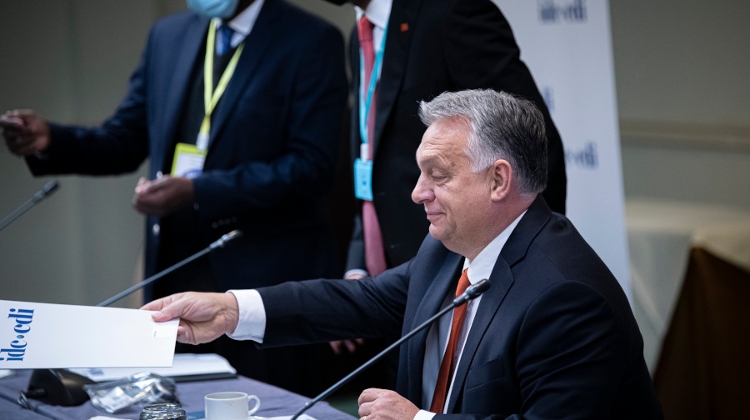 In the letter published on his official website, Orbán argued that by now Hungary’s border protection measures had become “exemplary” in Europe.

“A new migration crisis is unfolding at the doorstep of the European Union,” the prime minister wrote.

“As you are well aware, the hybrid uses of migration stemming from Belarus, as well as the disastrous evacuation of the security forces from Afghanistan may potentially bring forth an even more severe crisis than what we have witnessed in 2015.”

Orbán said he believed the only reason behind the EU’s current “fragile stability” was “the fact that Hungary, together with other Member States, successfully protects the external borders of our Union”.

Hungary alone has so far spent over 590 billion forints (EUR 1.64bn) from its national budget on border protection, Orbán wrote.

He noted that Hungary had been among the first countries to build a border fence, “which has demonstrated over the past years that it can safeguard the safety of EU citizens and the European Union as a whole”.

The prime minister said the recent migration situation had also shown that physical barriers were not only one of the most effective types of border protection tools, but were sometimes also essential to combat hybrid attacks.

“All this justifies the arguments and funding demands that Hungary has long been stating.”

Orbán cited a joint letter signed by the interior ministers of Austria, Bulgaria, Cyprus, the Czech Republic, Denmark, Estonia, Greece, Hungary, Lithuania, Latvia, Poland and Slovakia last month in which they had said that physical barriers appeared to be “an effective border protection measure that serves the interest of whole EU, not just Member States of first arrival”.

“This legitimate measure should be additionally and adequately funded from the EU budget as a matter of priority,” he quoted the letter as saying, noting that he himself had underlined this statement at the last European Council meeting.

“It is therefore time for the Commission to do what it should have done years ago and recognise that the protection of the external borders is an indisputable manifestation of European solidarity and that the efforts of Member States in this context deserve recognition and support,” the prime minister wrote.

He said the EC could not ignore the “significant material, human and financial resources” Hungary had invested in the protection of the EU’s internal security over the past six years.

“Therefore, I once again call on the Commission to reimburse the costs of the Hungarian border protection measures the financing of which was refused based on the Commission´s incorrect interpretation and application of the relevant rules,” he added.

In view of the current situation with the Taliban takeover in Afghanistan and the continuous hybrid threats at the borders of Lithuania, Latvia and Poland with Belarus, Hungary sees no indication that migration pressure would ease in the near future, the prime minister wrote, adding that Europe should actually be expecting “yet another significant migration crisis”.

Europe must protect its external borders, Orbán said, adding that it had become clear over time that physical barriers were the only effective way to keep Europeans safe from “the mass arrival of illegal migrants”.

Orbán also said that emphasising the need to preserve the unity of the EU in a crisis situation also meant acknowledging “the common responsibility that connects Member States”.

“In our recent conclusions, we called upon the European Commission to propose the necessary changes in the EU legal framework that would also ease the burden of those at our external borders, including Hungary,” Orbán noted.

“These changes should be carried out in addition to financing the past and presently arising costs of physical border barriers.”

Hungary has decided to take full responsibility for stemming illegal migration along the southern section of the EU’s external border, he wrote.

“Now, it is the responsibility of the EU to fairly contribute to our efforts and expenditures,” Orbán said, concluding his letter.