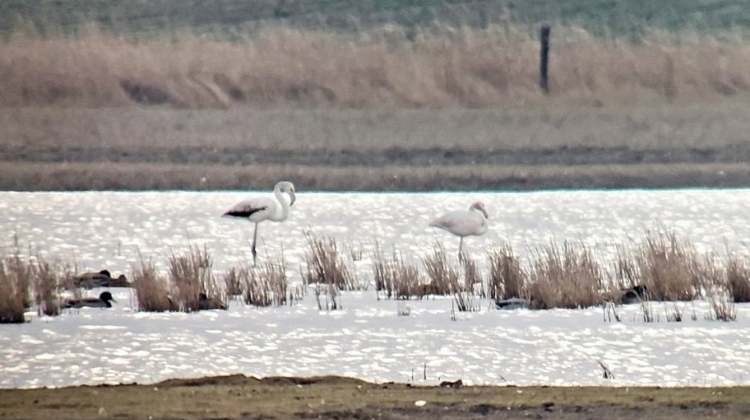 Two pink flamingos were sighted at Dunatetétlen, Bács county on January 6, the Kiskunság National Park reported on its website.

Flamingos have been seen only 16 times in the wild in Hungary since the 1910s.

Pink flamingos originally live in Africa, Asia and southern Europe, nestling on seashores, saltwater lakes and the mouths of rivers. However, due to global warming, some of these lakes have dried up, so flamingos are increasingly invading the interior of the mainland.

This is why they appear more frequently in Hungary. A few of the birds were observed in the vicinity of Szeged in 2017 and 2018, as the shallow saline lakes of the Great Plain resemble coastal lagoons.

The two flamingos now sighted flew on later on January 6.