Welcome to the Winter Wine Wonderland 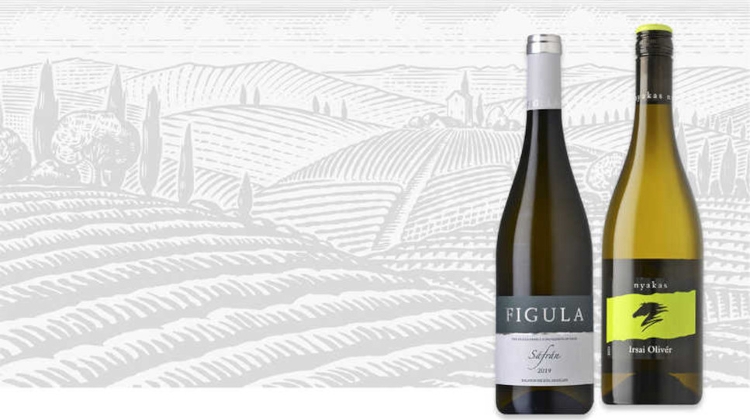 While it’s always hard to single out a single winemaker above all others, the awarding of the Hungarian Wine Academy’s Winemaker of the Year title does provide a chance to evaluate the work of certain individual vintners.

It is easy to be cynical regarding the selection of certain winners, but a glance through the ever-lengthening list does give credit where credit is due, and it doesn’t just focus on the most esteemed regions.

The 2021 winner, Beáta Pühra Nyúlné, plies her trade at the very well-known Nyakas Pince in Tök, a short 24-kilometer ride from Budapest, in the Etyek-Buda wine region.

She is the second winemaker from the winery to scoop the award; the first to do so, back in 2002 was the late Ernő Malya, who passed away last year. He was a pioneer of the reductive winemaking school in Hungary, and his picture adorns the wall of Nyakas’ tasting room.

Pühra Nyúlné joined Nyakas in 2000 as an intern and learned under Malya. She has successfully and seamlessly led this large winery, with a whopping 30 owners, 187 hectares of vines (with three hectares organic on a trial basis), and makes around 1.4 million bottles a year, since Maya headed into retirement.

Visiting Nyakas this summer, the attention to detail and cleanliness paid in making such a large amount of wine was clear to see. The result is well-made, fruit-forward, and varietally pure wine that is excellent value for money.

Nyakas’ Irsai Olivér is a benchmark example of this aroma bomb of a grape variety, which is an early-ripening crossing of the Csabagyöngye and Pozsonyi fehér varieties, created by Pál Kocsis in 1930.

All too often, Irsai excites on the floral, fruity (mainly lychee and grapes) nose, only to fall flat on the short palate. But grown in the limestone soils of Etyek-Buda, Nyakas’ Irsai never fails to retain sufficient acidity, which props up the palate and suitably backs up the aromas and makes the wine refreshing and zesty. The 2021 version costs HUF 2,100 from Bortársaság.

The most exciting wine I encountered on my summer visit was Menádok Budai Pinot Gris 2017, which is full-bodied, honeyed, and rich, oozing the grape variety’s classic peachy notes. It has 15% alcohol, but that doesn’t stick out due to the wine’s impressive structure.

It was harvested relatively late, from Sep. 29 to Oct. 10, and while the majority of the must underwent controlled fermentation in stainless steel tanks, two barrels that were spontaneously fermented went into the final wine, which was then aged for a month in oak barrels.

It won a silver medal in the 2020 edition of the international Mundus Vini wine competition. It costs HUF 3,200 from nyakas.hu and is a lovely winter drink.

Pühra Nyúlné emerged ahead of a field of shortlisted candidates for the 2021 gong, and very talented winemakers they are, too. Among them, Mihály Figula from the Balatonfüred-Csopak wine region has built on the work of his late father (also Mihály Figula), who was Winemaker of the Year 2000.

Figula Jr. has shown how the Olaszrizling grape variety can be a fine articulator of terroir with several spontaneously fermented single-vineyard bottlings.

Figula’s Sáfrán Olaszrizling 2019 has the warmest character among them, coming from Csopak’s Sáfránykert vineyard, which is the closest to Lake Balaton, capturing reflected rays and warmth from the lake to produce a ripe, tropical and round take on the pan-Central European grape.

It is a wonderful wine for cold winter days as it can transport you back to summer at Balaton with its warm character. Expect to pay HUF 4,350 from Bortársaság.

Pühra Nyúlné is only the second female winemaker to receive the accolade, after Kunság vintner Éva Dignisz Gálné, in 2016. That is relatively low, given that Hungary is brimming with female winemaking talent. Thankfully, the Winemakers’ Winemaker of the Year was also a woman: Judit Bodó from the Bott Pince in Tokaj.

She has worked wonders in unlocking the potential of various vineyards, especially with the Furmint grape, and following an organic approach.

She is the second woman to claim the award, with fellow Tokaj winemaker Stéphanie Berecz, who originally hails from France’s Loire region and now runs the Kikelet winery with her husband Zsolt in the village of Tarcal, winning the award in 2014.

Staying in Tokaj, another resident French winemaker, Samuel Tinon, has achieved considerable success in the village of Olaszliszka with an almost forgotten style of Tokaj wine: Dry szamarodni.

Szamorodni is actually a Polish word that reflects that country’s meaningful connection with Tokaj in times past when the Polish royal court prized the wine from here. It is usually loosely translated “as it comes,” meaning that botrytized and regular grapes are picked together and vinified without selecting out the aszú berries.

Szamorodni comes in two types, sweet and dry, with the former remaining popular and a great, slightly fruitier and cheaper alternative to Tokaji aszú. Dry Szamorodni should be fermented to dry under a layer of yeast. It requires extensive aging to capture the full spectrum of aromas and flavors, including tobacco, dried apricot, walnuts and blue cheese.

Tinon says that the alcohol drops down a couple of degrees during aging due to the cellar’s humidity, temperature, and ventilation.

France’s Vin Jaune from the Jura is perhaps the closest international wine comparison. Dry Szamorodni is just the wine to sip in the cold of winter, and Tinon’s is as good as it gets. His 2009 costs HUF 7,430 from winelovers.hu.

Tokaji Aszú itself is another ideal wine for the advent, Christmas and New Year period: Once opened, the wine won’t spoil for weeks, allowing for sparing seasonal sipping. A small glass of this sweet yet structured and layered wine is packed with intensity and taste sensations.