EU Commissioner: No Positive Developments on Rule of Law in Hungary 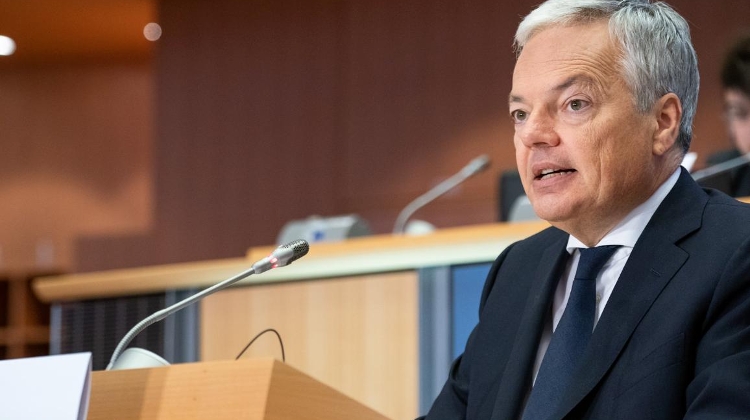 The European Commission cannot report positive developments on the state of the rule of law in Hungary, Didier Reynders, the Commissioner for Justice, said in the European Parliament on Wednesday.

At the debate on the rule of law in Hungary in the Committee on Civil Liberties, Justice and Home Affairs (LIBE), Reynders noted that the EP had launched several infringement procedures against the country for breaching EU values such as academic freedom and the rights of civil organisations, migrants and sexual minorities.

He said the procedures would hopefully give an opportunity for Hungary to respond to the commission’s concerns. Regarding the latest infringement procedure, Reynders said the EC condemned discrimination, aggression or incitement against sexual minorities.

All member states and their institutions must respect EU values and fundamental rights, he said. The EC will consider activating its conditionality mechanism which links EU funding to the rule of law after examining Hungary’s responses to the commission’s concerns, he said.

Funds for Hungary from the EU’s Recovery and Resilience Facility (RRF), he added, had also been “blocked” as its plan for how to use those resources was not endorsed, he said.

The EC expects to see “implementation of real reforms corresponding country-specific recommendations” before further funds are made available, he said.

Fidesz MEP Balázs Hidvéghi said in his address that child protection and education were sovereign issues and the EU had no competency in those areas. The attack on Hungary’s child protection law “is really an ideologically based witch-hunt,” he said.

Hungary stands by the view that LGBTQ activists “have no business in schools and playgrounds”, he said, adding that voters had given the government its fourth consecutive mandate earlier this month, cementing their rejection of “all political interference from Brussels”.

“Blackmailing member states with financial sanctions to push through an ideological programme is unacceptable,” he said.

Anna Donáth of Momentum Movement said that since the general election on April 3, which brought about a supermajority for the ruling parties, many LGBTQ Hungarians had left the country either because of their sexual orientation or because they wanted to start a family.

She called the referendum on the child protection law unlawful and a political tool “unsupported by most Hungarians”.