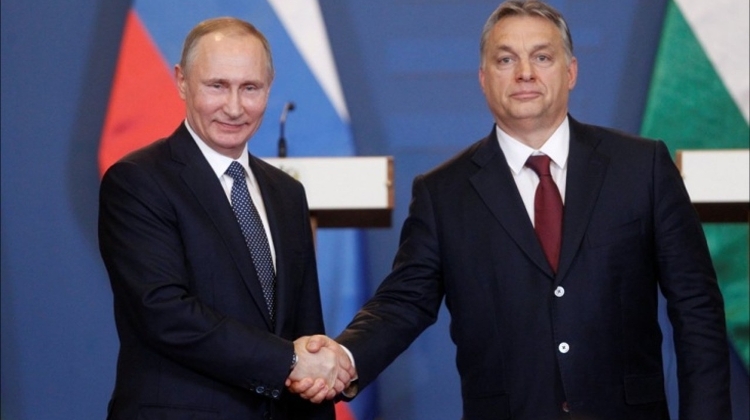 President of the European Council Charles Michel has congratulated Prime Minister Viktor Orbán on the Fidesz party’s election win, the prime minister’s media chief said in a statement on Tuesday.

Former US President Donald Trump called Orbán on Tuesday to congratulate him.

The presidents congratulated Orbán and pledged to strengthen bilateral ties with Hungary, he said.

Putin said he hoped that “despite the difficult international situation, bilateral partnership ties will develop fully in line with the interests of the people of Russia and Hungary,” the statement said.

Meanwhile, Polish Prime Minister Mateusz Morawiecki told a press conference that the results of Hungary’s democratic election should be respected.

“Regardless of our relations with Hungary, we must note that the Fidesz-Christian Democrat alliance won its fourth consecutive election with the best possible results, securing a two-thirds majority in the process,” he said.

Concerning sanctions against Russia, the Polish prime minister said “Hungary should not be used as a diversion” by the media when Germany had delayed strong sanctions.

The European Union is not hindered in imposing more stringent sanctions by Hungarian Prime Minister Viktor Orbán but rather “by large countries looking out for their business ties,” he said, noting that Orbán had so far voted for all sanctions. Answering a question, Morawiecki said he would ask Orbán to support even stricter sanctions against Russia.

Czech President Miloš Zeman wired a message of congratulation to Orbán, saying “the Hungarian people support you because you have always put their interests first, and see serving your country as a calling.” He praised Hungarian-Czech cooperation, and called for the Visegrad Group to be given high priority.

“I am convinced that central Europe has great potential in bilateral and international cooperation,” he said. Czech Prime Minister Petr Fiala said he hoped Hungary would “take a more active part” in finding a solution to the situation in Ukraine.

“Europe has to be united its support of Ukraine, where Russia is committing war crimes,” he said. Slovenian Prime Minister Janez Janša congratulated Orbán and Fidesz in a tweet “on this historic victory for Hungary, Europe and the entire free world.”

Former Slovak President Robert Fico, the head of the opposition Smer-SD party, said Orbán had “very clearly” built on Hungary’s independence and economic prosperity. Orbán puts Hungarian interests first, and did not allow the country to be “dragged into” the conflict in Ukraine, he said.

Fico said the election results in Hungary were “not surprising at all”, and he noted that during his presidency, he and Orbán had worked together to ensure stable Hungarian-Slovak ties.

Bertalan Havasi, the prime minister’s press chief, said later on Monday that numerous other heads of state and government have also congratulated Orbán.

Fidesz Wins Fourth Successive Term In Hungary, PM Orbán: “Victory so Big That You Can See it From the Moon..."