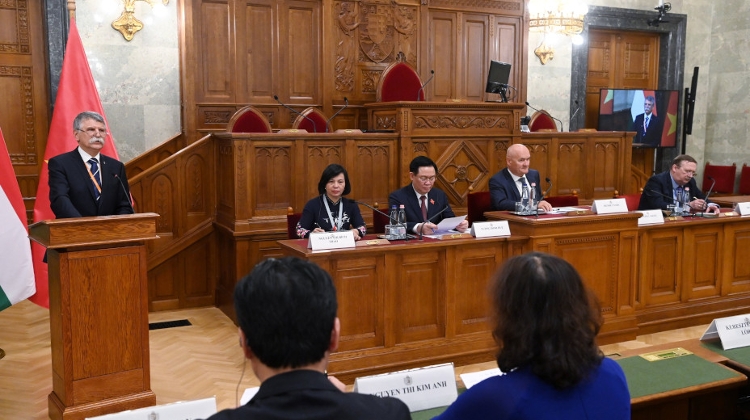 The officials discussed deepening bilateral co-operation. The Vietnamese speaker congratulated Orbán on his landslide election victory, telling the prime minister that the result showed the government put the interests of the Hungarian people first.

It was noted that each year 200 Vietnamese students have the chance to study in Hungary, and the trade volume of the two countries is on an upswing.

Bilateral cooperation may be deepened in the areas of military security and industry, tourism, agriculture and pharmaceuticals, he said.