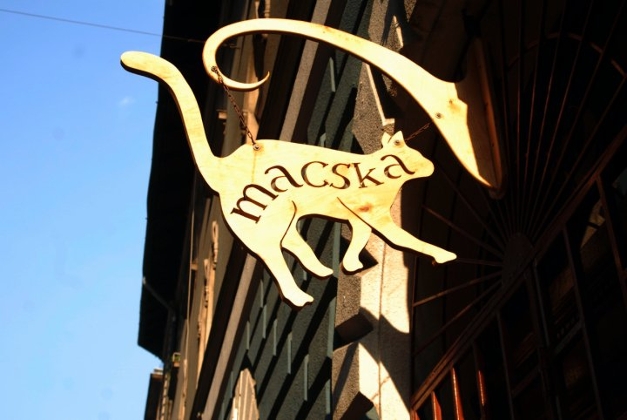 While the world and his wife beat a well-beaten path to District VII, adjoining District VIII is relatively bereft of tourists, reports WeLoveBudapest.com

OK, a lot of the streets look pretty grim, particularly on the wrong side of the Nagykörút, but the Nyócker of rap lore can provide a lively bar crawl and even decent food, if you’re that way inclined, they write.

If you’re out to impress, Cintányéros is actually nice, the kind of place more akin to Paris. And, with blue metro line 3 running once more, as far as Kálvin tér, at least, the night’s logistic has been made just that little bit easier. 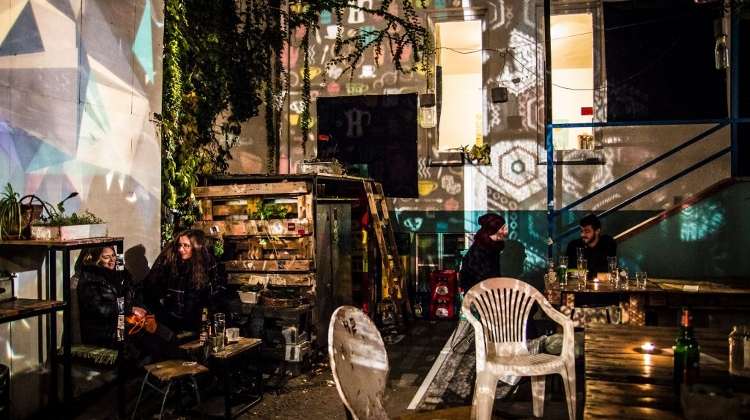 On Auróra utca in deepest, darkest District VIII, the Auróra is a cultural and community space where you can not only have fun but get involved in local arts activities.

In addition to concerts and parties, NGOs and activists often stage social events, clothing exchanges, performances and film screenings. If it all gets a bit too worthy, there's a communal garden in the courtyard. 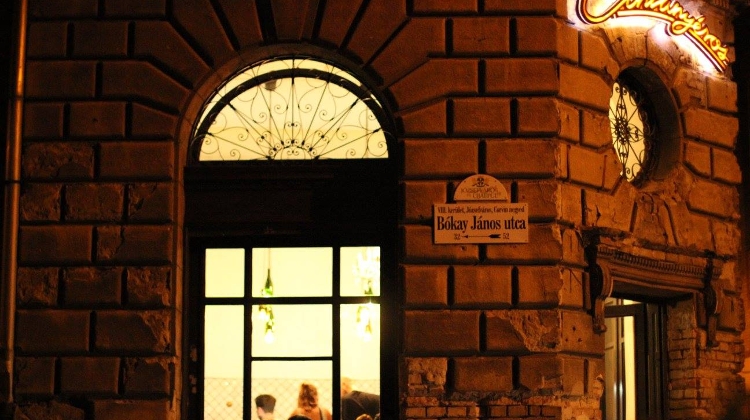 The wine list is excellent, plenty of carefully chosen specialities from around Balaton, for example, to be paired with a equally sought-after cheeses and meats.

The soundtrack, too, sparkles, all too rare in Budapest, encouraging a healthy number of musicians among the regular clientele. 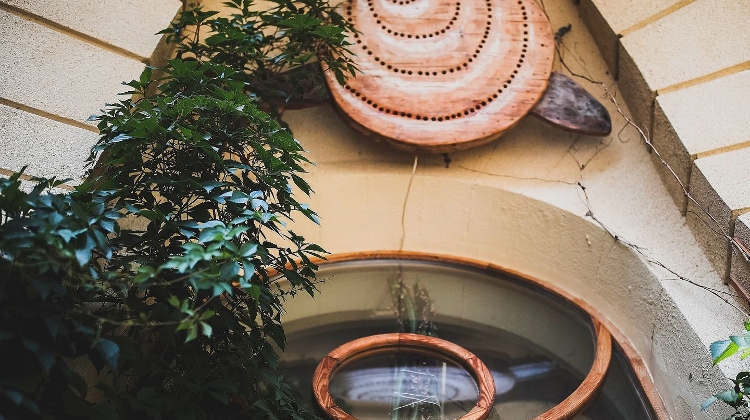 On a far corner of Rákóczi tér facing the market that provides much of the fresh produce they serve here in tasty dishes, ‘Snail’ has been here for moons, long before other alternative bars starting sprouting up around it.

The whacky art, the Csepel sewing machine tables and the bright, colourful feel are all still in place, but food is more the focus rather than propping up the bar counter as was the case 20 years ago.

Smokers gather outside while the many regulars observe the comings and goings of District VIII through the picture windows. Customers are a nice mix of Magyar and international. 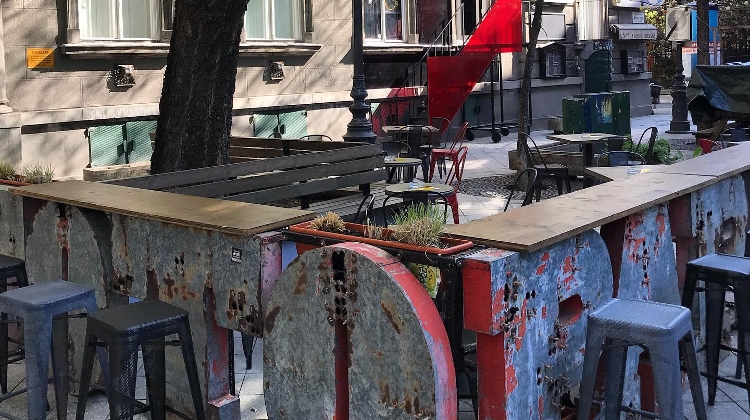 More bar than café whatever the place tells you, the wonderful Főfotó is dedicated to analogue photography, hence the name.

Hence also, in fact, the gallery, regular exhibitions and the little camera shop with its glass counter packed with boxes of films in enticing colours. It also operates as a laboratory.

But the photographers behind the project, schoolfriends Gábor Zsigmond and János Korcz Krasznai, also wanted to create a convivial hangout, a little more discerning than the mainstream places a few doors down towards Mikszáth Kálmán tér.

The lampshades from the Hungarian State TV building, the sliding door from Józsefváros train station, both long closed, underscore their retro approach.

Excellent wines and beers and a decent soundtrack keeps the buzz going until midnight at weekends, 11pm during the week. The terrace is a godsend, too. 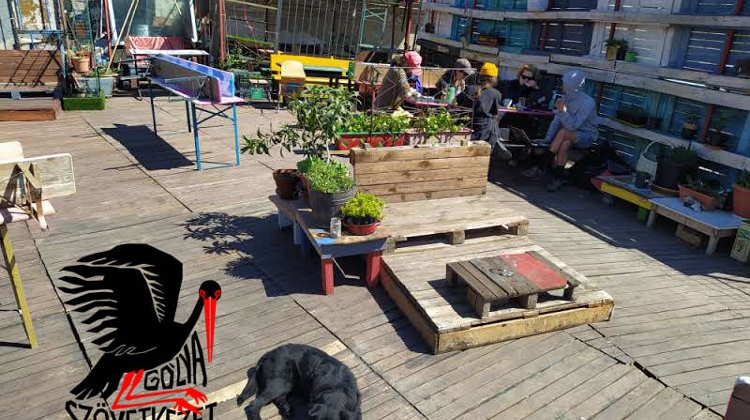 The Stork is more community space than pure bar, in operation for the last ten years, during which time it has had to up sticks a few times. In 2019, the Stork made another nest for itself alongside the major crossing point of Orczy tér, close to Kerepesi cemetery.

The prime spot here, particularly in summer, is the roof terrace, overlooking the colourful street life of District VIII. The action moves inside for live bands and parties. 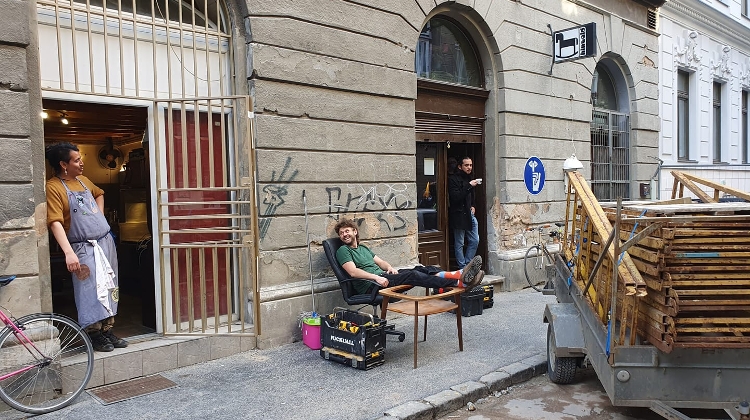 One of the most atmospheric hangouts in District VIII, Hintaló (‘Rocking Horse’) has changed character somewhat since expanding and altering its lay-out. No longer a conspiratorial den of death-wish drinking,

it now feels like something between a living room and a speakeasy, keeping to the same evening-only opening hours, until 2am at weekends.

The whisky, vodka, gin and rum assortments are impressively wide, the beer is decent and prices reasonable. Music matters too. Becoming a regular is all too easy.

7. Macska - closed for the summer 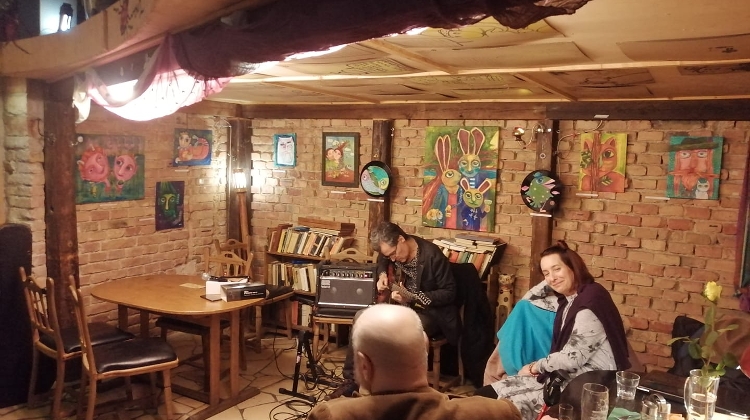 Round the corner from the Snail, four tram stops from the Stork, the Cat keeps unusual hours, closing at weekends and opening from 4pm during the week, including Fridays.

There’s a real alternative feel to the place – don’t worry, it’s not a cat café – reflected in the regularly changing art in the gallery and vegan approach to cuisine.

Wine and beer are either organic or small-scale, or both. All in all, it’s extremely loveable, as its name would suggest. 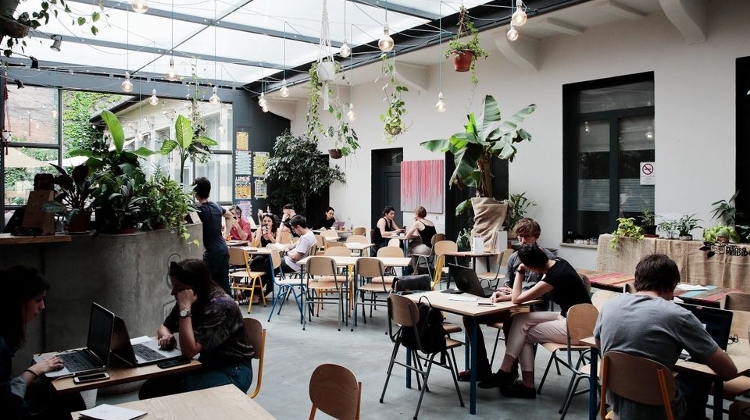 Once it became clear during the second half of 2017 that the lesser Lumen on Mikszáth Kálmán tér was too small for the alternative set of District VIII, the big (‘Nagy’) Lumen was created around the corner.

There's more to the differentials than just space, although that's a huge factor, the glass walls and green courtyard.

Own-roasted coffee and a more serious kitchen both feature, with concerts, dances, craft beers and carefully selected wine all on offer.