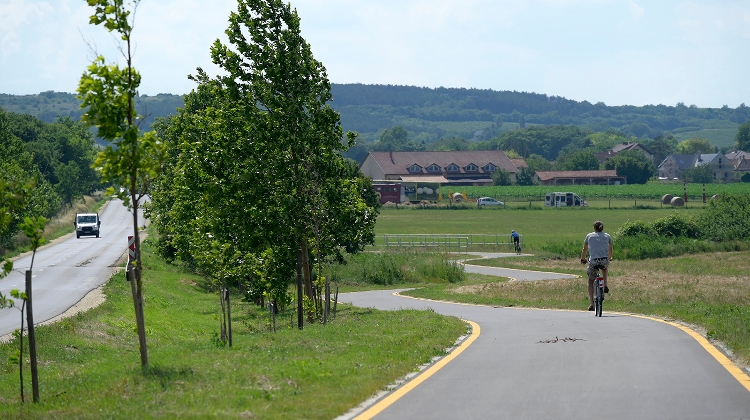 A stretch of the Budapest-Balaton (BUBA) cycle path, between Szekesfehervar and Balatonakarattya, was inaugurated on Friday, completing the route between the capital and the “Hungarian sea”.

Máriusz Révész, state secretary for an active Hungary, noted that the first stretch of the BUBA cycle path, between the capital and Etyek, was completed in June, and the second stretch, between Etyek and Lake Velence, was finished in July.

BUBA is part of the EuroVelo 14 cycle path which runs between Lake Constance and Debrecen, in eastern Hungary.

Hungary’s government has spent an annual 10 billion-12 billion forints (EUR 24m-29m), on top of European Union funding, on cycle path developments since 2018, government spokesperson Alexandra Szentkirályi said, pointing to the positive impact of such investments on the entire tourism sector.

BUBA is 108km long. The stretch inaugurated is a little over 27km.