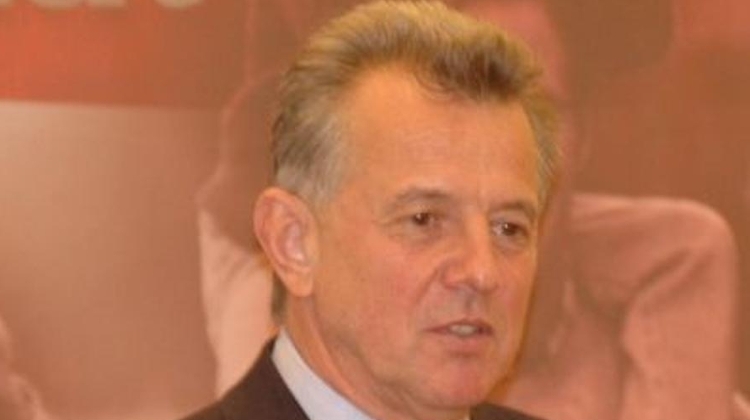 Introducing Pál Schmitt in a few sentences is not easy. Simply listing all his achievements, titles and positions would probably take up half of the available space.

Pál is very familiar with expat life himself, he has served two terms as Hungarian Ambassador to Spain and Switzerland. His mission as an ambassador, and in fact in all his other capacities, has always been to represent Hungarians as an educated, motivated, open-minded and peaceful nation. As an athlete, international sport leader, diplomat and recently a politician, he has travelled to nearly 100 countries around the world of which he found India, Kenya and Canada the most fascinating places.

He is currently a ‘travelling expat’ between Budapest and Brussels, if there is such a thing, spending 3/4 of his time at the EU Parliament and the rest in Budapest.

Pál is a great believer in continuous self-education and self-improvement and he never considers himself to be too old to learn something new, such as taking up Greek before the last Olympic Games in Athens, or trying himself in new challenges, such as running for Mayor of Budapest in 2002 and becoming a politician at the age of 60.

In spite of all his achievements and important positions Pál looks at his family as his greatest success. He has been married to Katalin Makray (Olympic silver medallist gymnast) for 40 years, has three daughters and six grandchildren.

1. Where did you grow up?
In Budapest, my family lived in Németvölgyi út in the XII. district

2. What Hungarian traditions bring back fond memories of your childhood?
Since there was no television back then, I read a lot and developed my love for Hungarian literature early on. My favourite writer is László Németh.

3. What would you miss most if you moved away from Hungary?
The Hungarian language and flavours.

4. Friends are in Budapest for a weekend - what must they absolutely see and do?
Taking a walk in the city centre and along the Danube, visiting the National Museum and the Opera.

5. What is your favourite Hungarian food?
Anything that has cabbage in it.

6. What is never missing from your kitchen?
Fresh milk and good wine.

7. What is your favourite place in Hungary?
I am a big fan of Budapest and within that I really like the II. district where I live.

8. What career other than yours would you love to pursue?
I have worked in the hotel industry for over 20 years and really enjoyed managing hotels. Another dream career would be to become a world-class pianist. I do play the piano, but still have to work on the world-class part…

9. What’s a job you would definitely never want?
Where I wouldn’t be able to meet, communicate and spend time with people.

10. Where did you spend your last vacation?
I haven’t been on a real vacation for years (decades?), but each Summer I do spend a few days on Luppa sziget (a small island up on the Danube between Szentendre and Budapest) where we have family get-togethers. I love taking a dip in the Danube and kayaking with my children and grandchildren

11. Where do you hope to spend your next one?
I would like to go back to Spain or Switzerland – the places of my former ambassadorship - for a vacation.

13. What can’t you resist?
Good music. I am addicted to my new iPod…

14 .Red wine or white?
A big lover of both, but if I had to choose, probably red.

15. Kolbász or szalámi?
Kolbász, especially if it is home-made.

18.D og person or cat person?
Neither. But in my defense, I put up with both and a bunch of other pets when my kids were growing up.

19. Buda side or Pest side?
Both, I like Budapest with all its different parts.

20. What would you say is your personal motto?
Collect friends instead of material things.