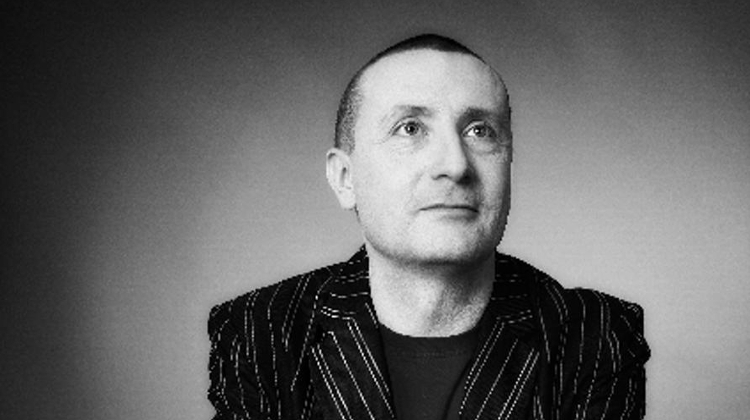 Oliver is an architect, born in London and raised in East Sussex, he trained at Birmingham School of Architecture. He has lived in Hungary since 1996.

Previously worked in the UK and Jamaica (Including regular sorties to acquire building materials in Florida ).

Since 1996 he has worked at Budapest Technical University teaching architectural space composition and public building design.

He established DOP Architecture in 1996 which has won several design awards and now ranked as one of the top ten contemporary architectural practices in TopLista 2011 following winning the Baumit / Octogon magazine special prize for elevational design in 2009.

1. When did you arrive in Hungary and what brought you here?
I arrived here in 1996 following a whirlwind, 5 day romance, with my now wife and mother of our three boys.

2. Have you ever been an expatriate elsewhere?
Jamaica, A country of wonderful people that will always be special to me.

3. What surprised you most about Hungary?
Amazing creative skill regarding the arts, with of course a bias towards architecture ranging from the purity of contemporary hungarian architecture to the fantastic, often weird, forms of the organic movement.

4. Friends are in Budapest for a weekend - what must they absolutely see and do?
Magyar Vasúttörténeti Park ( Hungarian Railway Museum ) - I love old machines as you can see how they work especially the locomotives built by Ganz which are simply amazing. Followed by going to a concert by any of the local bands such as Amber Smith, Heaven Street Seven, Turbo, Moog, Déja vu Revue, , , , , the list goes on and on the bands here really are great so are the venues. Gödör, A38, Zöld Pardon ( Which I would rather see kept open ).

5. What is your favourite Hungarian food?
Vadas és Zsemlegombóc ( Venison and dumplings )

6. What is never missing from your refrigerator?
Empty shelves - we usually buy fresh so never have a chance to stock pile food - Ok Wine and home made Bodzaszörp.

7. What is your favourite Hungarian word?
Építménymagasság / Idomterv - Both relate to the numerical regulation of building development in hungary and drive me mad - Is a building really better if it is lets say restricted to 4.5 metres high or if designed to consider the users needs and environmental impact ?

8. What do you miss the most from home?
I am at home here now but if this means the UK then my family and school mates.

9. What career other than yours would you love to pursue?
Steam Punk Engineer.

10. What's a job you would definitely never want?
Anything to do with taxation or finance - Accountant, Auditor or Broker.

11. Where did you spend your last vacation?
Camping in Croatia.

12. Where do you hope to spend your next one?
Balaton Sailing.

13. What was your favourite band, film, or hobby as a teen?
Band was and still is The Stooges ( Iggy Pop ), Film Blade Runner ( Love the use of hungarian as street talk - Noodle bar scene ) and hobby was building model railways and miniature steam engines.

14. What can't you resist?
Being silly and having fun.

15. Red wine or white?
White - Irsai Olivér. ( Even grow my own in Lovasberény )

16. Book or movie?
Books. Real ones made of paper not hand held electrical devices.

17. Morning person or night person?
Night - To quote Keith Richards " Sunshine bores the daylights out of me ".

18. Which social issue do you feel most strongly about?
Hard to answer without being hypocritical - I love machines and buildings but want to save the environment. Otherwise wish people would learn to tolerate each others differences.

19. Buda side or Pest side?
Both. Being an architect I see the city as an urban development functioning around nodes of social activity not as this side or that.

20. What would you say is your personal motto?
Be Prepared - Even though I was not a good Cub, Scout or Venture Scout. ( Loved the outdoor stuff but hated the uniform ).