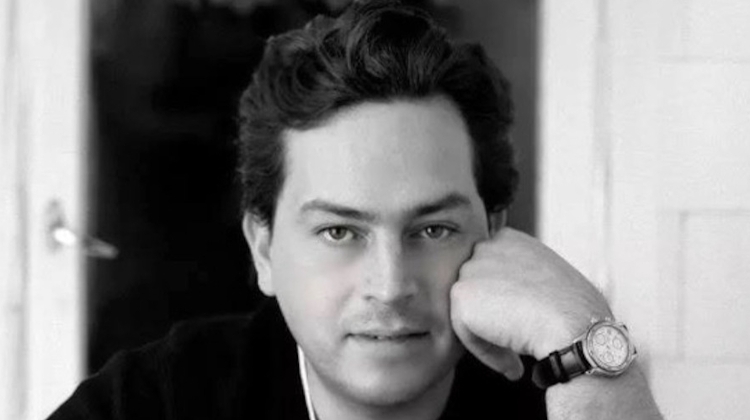 Luis Fernando Murillo studied Greek, Latin, German, and Philosophy at Trinity College, University of Toronto. Subsequently, he was awarded an M.A. in Philosophy and a Ph.D. in Neurophysiology from the University of Fribourg, Switzerland.

He taught Human Anatomy in Fribourg and Lausanne and was a guest researcher at the Karolinksa Institute in Stockholm and the École Normale Supérieure in Paris.

He has published three books and co-authored an article with Oxford University Press.  The National Council for Culture and Arts in Mexico awarded him a prize for his Spanish translation of Stefan Zweig. Luis is interested in Philosophical Anthropology and the Intellectual History of Romanticism.

He has been a teacher and college counselor in Russia, Ukraine, Azerbaijan, Thailand and China, where he has published numerous articles and interviews with the Shanghai Daily Press. Luis’ passion is classical piano.

He studied this instrument at the Royal Conservatory in Toronto and at the St. Petersburg State Conservatory in Russia. He is available for personal counseling services.

1. When did you arrive in Hungary and what brought you here?
I came to Budapest in May of 2016, captivated by its architecture and haunted by the sounds of Franz Liszt’s Les Anées de Pèlerinage.

2. Have you ever been an expatriate elsewhere?
I have been an expat most of my life. Hungary is my fourteenth country of long standing residence. The others are Switzerland, Mexico, Canada, Ukraine, Russia, Azerbaijan, the US, China, Thailand, Bulgaria, Germany, Venezuela and Sweden. Hungary is my favourite.

3. What surprised you most about Hungary?
That it is more Viennese than Vienna.

4. Friends are in Budapest for a weekend - what must they absolutely see and do?
The baths and Zéneakademia.

5. What is your favourite Hungarian food?
Halászlé

6. What is never missing from your refrigerator?
Chaos

7. What is your favourite Hungarian word?
Paradicsom

8. What do you miss most from home?
French cinema – and enough of it to make me forget Hollywood exists.

9. What career other than yours would you love to pursue?
Chef or dog whisperer.

10. What's a job you would definitely never want?
Accountant or proctologist – I’m sure there are occasional similarities.

11.  Where did you spend your last vacation?
In Italy, which I adore, but I miss Iran, which is the Italy of the Near East.

12. Where do you hope to spend your next holiday?
Riding the Trans Siberian.

13.  Apart from temptation what can't you resist?
A woman’s kindness – but that’s temptation too.

14. What was your favourite band, film, or hobby as a teen?
I was force fed all of Mahler’s symphonies from childhood. Now I can’t live without them.

15. Red wine or white?
Let it be red, and let it be Hungarian, and if it’s not Hungarian let it at least be Georgian.

16. Book or movie?
Woody Allen if it’s a movie, and Fedor Dostoyevsky if it’s a book.

17. Morning person or night person?
False dilemma: the important thing is to not let the routine of one impinge on the poetry of the other. I learned this from a former student from Iran.

Just like the otherness of Shabbat is not to be diluted by the pursuits of the week, so one should refrain from contaminating the sacred otherness of the night with the frenzy of the day.

18. Which social issue do you feel most strongly about?
Normalised misandry.

19. Buda or Pest side?
I thrive on pestilence.

20. What would you say is your personal motto?
Treat people not as means but as ends in themselves. – Kant

For another intervew Luis did with his University please click here