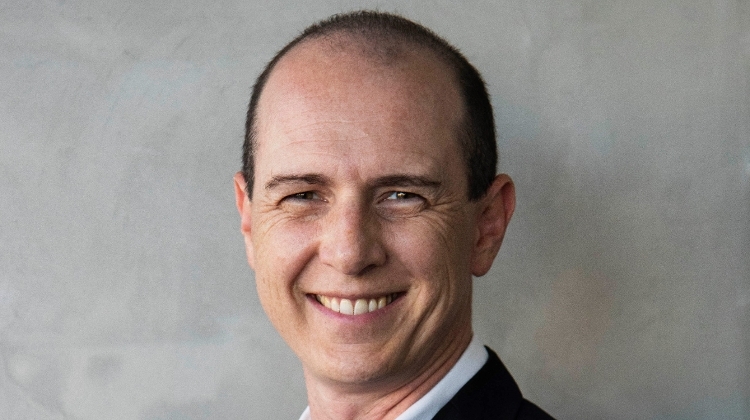 A lot! Our first daughter, Vesper Nadine was born in spring 2017. In 2019, she was followed by our second, Tamsin Marlene, in 2019. Just before she was born, it was decided to dissolve my work stead of 25 years: The Regional Environmental Center (for Central and Eastern Europe) where I’d served as unit head and project manager in the field of smart cities and sustainable mobility.

I founded my own company in March of that year and have consulted since, mostly on European mobility projects. However, 2021 heralds a new beginning; I’ve joined the Budapest-based European Institute of Innovation and Technology (EIT) as Programme Officer within the Innovation Communities Unit.

Eight I'd say. I love the weather, at least from March through to October. I also relish being in central Europe and in close proximity to places that are important to me – one part of my family hails from Silesia while my wife is Slovenian. Then there is the beauty of the Danube bend, which from Szentendre is literally on our doorstep.

3. What’s the best party you’ve ever attended, and why?

My 19th. The B52's 'Love Shack,' Madonna's 'Vogue' and the Happy Monday's 'Step On' was in heavy rotation all night. Besides that, everyone got very merry.

This summer I began making my own shumaq-ade. Most people don’t think of the of the shumaq (ecetfa in Hungarian) as much more than a decorative shrub (and at worst, a weed). But its deep red berries are something Native Americans have utilised for centuries as the basis for refreshing beverages and as a remedy for all sorts of complaints. Besides serving as a spice for grilled meats, I’ve taken to soaking the berries overnight in sugared water to create a cordial that’s a great thirst quencher when served on ice with mint and carbonated water.

5. What hidden talents do you have?

I do a pretty good impression of my great grandfather and make an excellent tour guide of Leipzig :-)

6. What was the most interesting travel trip you have ever taken?

In 2003 I travelled to Moscow on a Saturday for a meeting the following week. Upon arrival, border control pulled me over, had me pay a fine without so much as an explanation, and then put me straight back on the returning plane. It turned out the embassy had issued the visa from the Monday! The officials in Moscow told me it happened all the time :-/

7. If you were given a wish that could come true, what would you ask for?

I’d love to meet my grandmother again and discuss her lifetime experiences. She was born in Leipzig and moved to the Netherlands in 1932. With my mother having missed the opportunity to raise my sisters and me in Dutch, she and I never had a common language. I'd have to invite my grandmother's sister along too. She lived an even more exciting life.

8. What’s the last book you read, and movie you watched?

My wife and I watch many films, mostly via Netflix. But the last was a DVD, My Summer Of Love, which is from 2005. Emily Blunt plays a character called Tamsin. As for reading, 'They Divided the Sky' by Christa Wolf. It's set against the division of Berlin.

9. If someone wrote a biography about you, what would the title be?

10. What is the perfect pizza toppings combination for you?

For years our local delivery joint here in Szentendre, Pizza Mix, brought me pizza topped with "sonka, gomba, hagyma, olíva bogyó és erős paprika". Everyone who's tried it agrees it's a winning combination!

11. If you could trade places with any other person for a week, real or fictional, with whom would it be?

Tough question. Perhaps my grandmother's father. He lived a short but interesting life, travelling from his home in rural Upper Silesia – where he was born in 1882 – to Waldenburg (today Wałbrzych) in 1896 and then Leipzig in 1900 as a qualified furrier. He also left behind an illegitimate new-born to the family nanny in October 1915, falling just six days later at the war's front line in the champagne region of France. I'd have a few questions!

I'd be letting the cat out the bag if I went into detail there. But my sister once called me "pretty wacky," (or something to that effect) so I'd have to go with an 8 at least.

13. What’s the best website you’ve ever visited, and why?

Gary Numan. For his music, his perseverance, candour, sincerity and his public love of his family.

15. What do you like best and least about living in Hungary?

Ultimately, we remain foreigners here, but we have been made to feel really welcome. The bölcsi and ovó nénis are great and love our girls. On the other hand, I am not a fan of the weather from November through to March. It can be grey for weeks – I call it basin weather!

16. What has made the biggest impact on your life so far, and why?

Probably meeting a family of Czechs who defected from Prague in 1980 and settled in my hometown when I was ten. They had two sons, either side of my age. If I hadn't gone to Prague with them in 1990, I would never have moved there in 1992, and on to Budapest in 1994.

I’d love to create a series of films based on my book, Wandervögel, which charts the story of my Prussian forebears and their "passage through Leipzig" over the course of 150 years. I imagine it something akin to Heimat by Edgar Reitz. Another thing I’d love to do is see whether there is a market for pumpkin oil-flavoured crisps!

Odyssey’s 'Going back to my roots' I guess.

19. If you could live anywhere in the world, where would you choose?

I’d love to retrace my great-aunt's footsteps. I'd spend a year or so in subarctic Uranium City before seeing whether I could get used to life in San Francisco.

20. In ten years from now what will you be doing?

For a long time I’ve wanted to work for one of the EU institutions – or its agencies. With having that opportunity now, I’d like to think I’ll still be supporting the bloc’s responses to societal challenges, building innovation capacity, promoting economic growth and so on. And if those challenges are all resolved by that time, I’ll retire a happy man!