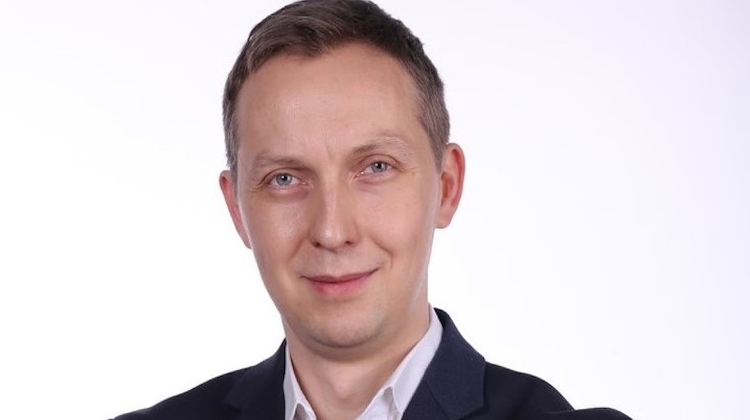 Levente co-owns and heads an IT-company specializing in SAP implementation and development. He established his own company (Netlife) during his student years and later he joined a multinational enterprise to head up implementations in domestic and foreign markets.

After a time, he returned to his own company, and with devotion was able to further develop it into a going concern with a staff of 15 with a 200-million HUF annual revenue. Having worked successfully with many connections abroad, where he was able to blend the startup mentality into enterprise projects, his company found itself on the radar of a professional investor that wanted to enter the Hungarian business-to-business IT market.

Levente agreed to sell the majority of his company with one condition: his colleagues can continue to work with him, under his leadership.

Now, as the CEO of msg Plaut Hungary, Levente has set more bold dreams: in five years, he wants to have five times as many customers and staff as the company now possesses, and reach an annual revenue of 1 billion HUF.

Levente has begun to lead his company into new areas of IT-services, such as the implementation of new generation SAP services and IoT-related developments.

I spent my university years in Hungary, and this was when I established my own company. Before this, I’d lived in 4 cities, in 3 countries; for example, I was an Erasmus student in Germany, and I worked in the USA, where I gained insight into the entrepreneurial life. Those experiences had a great impact on my early life and since then I’ve always wanted to travel, to get to know new cultures, people, and ways of thinking. This was why I worked for SAP and took foreign assignments.

Deep in my heart, I’m an expat: I have worked in France, Germany, Mexico, Venezuela, Russia, United Kingdom, and Italy. I would choose to live in Germany, as the culture is the closest for me, it feels like living at home.

If I moved away with my family, I would definitely miss my friends and companionship.

I regularly guide my foreign friends to local restaurants, spas and to those spots which are not included in the tourist books, such as an abandoned ship factory at Népsziget. Based on my friends' feedback, they enjoy it as much as visiting the “popular, touristic” sights.

Taking a long walk, which settles my mind. If I have some intellectual company with me with whom I can discuss different topics, it’s one of my favourite mental and physical exercises.

The city of Eger and the neighboring Bükk mountains, where I grew up.

If I hadn't pursued a career in IT and management, then I would work in the visual industry, making 3D animation films.

Butcher - for me respect for life is of the utmost importance.

In South Croatia, where I tried the sailing life with my wife.

I’ll be traveling to Barcelona to attend the Mobile World Congress, and where I will combine business travel with leisure activity- discovering new areas of a city on foot is always a must for me.

My first music cassette was from Guns&Roses, which I listened to so many times it got ruined! I also clearly remember the Shawshank Redemption, which was my favourite film. At that time I was painting a lot… but that’s long gone.:)

Great, win-win business offers. That's why I sold my majority stake in Netlife to msg Plaut and now head the new company, called msg Plaut Hungary. I like the novelties, which bring new perspectives.

As a ‘child’ of Eger, I have been socialized to red wine.

I like both of them, but books are closer to me, especially the meaningful ones. In books, the authors want to give their best to pass on their knowledge. Movies are good too, but they are created –in most cases- for entertainment purposes and they don’t educate.

When I was young, I was also active at night, but nowadays I consider myself a morning person.
Nevertheless, in my company one of the agreements with my colleagues is that they choose when they want to work, as I ask for their creativity and not for their time.

Aside from environmental protection, and especially recycling, I would say education. I'm a firm believer in the more we educate, the better our world can be.

Pest, this is where I work and where I live with my family.

From a personal point of view, my family: my wife and our two children.
Professionally, establishing my own IT-company (Netlife), making it successful, having employed 10+ people, winning and delivering even intercontinental projects and the fact that after selling the majority of Netlife to msg, I was able to form, head, and partially own msg PLaut Hungary Ltd with the same colleagues, under the support of an international, well-known enterprise.