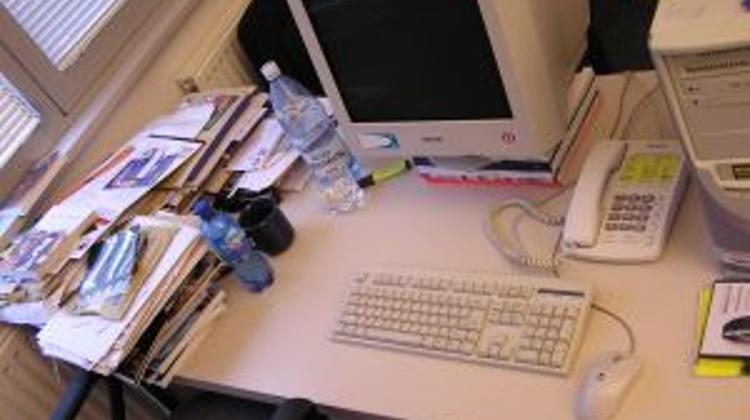 An unaffiliated commentator, writing in Index, says the raid on András Horváth’s apartment during which police seized documents and his laptop computer, reminds him of the bad old days. Mandiner counters with a commentary from an unnamed blogger who finds the ‘love affair’ of the liberal media with a less-then-convincing Horváth ridiculous.

Following allegations by the former Tax Authority official (see BudaPost November 13), now under investigation for defamation of the Tax Authority (he claimed senior officials were covering up tax fraud) and unauthorized use of private information, his apartment was searched last week and documents pertaining to the case as well as his laptop computer were seized by police.

On Index, János Haász takes up Horváth’s defence, arguing that the dissident tax supervisor committed a misdemeanour by holding documents containing sensitive information, in order to avoid committing the more serious crime of revealing the names of companies and persons to the press.

The police was conspicuously quick to target him, Haász notes, while investigation into the tax fraud he claims to have unveiled shows no progress. Haász pokes fun at the Tax Authority’s claim that it conducted a thorough internal investigation into the issue during the weekend following the publication of Horváth’s allegations. This reminds him, he says, of communist days when police searches were a warning to dissidents. Not that such intimidation is anything new, he concludes, Hungary has never quite got rid of its communist reflexes over the last twenty years.

Mandiner runs a blog post by “Ukridge” who suggests that Horváth is not an admirable figure, and that the only reason there is such uproar over “police harassment” in this case is that “the media fell in love with him”. He made serious allegations, the blogger writes, but has not proved anything during the full month that has passed since he made his claims. Nor has he put his evidence at the disposal of investigators.

His figures (he claimed that about 1700 billion HUF in VAT revenues are missing) are ridiculous and there is no evidence whatsoever that multinational chains benefited from the tax fraud scheme. To walk the tightrope between revealing meaningful information and breaking the law is not easy, but Horváth has not even made the effort – there is no reason to rush to his defence, he concludes.