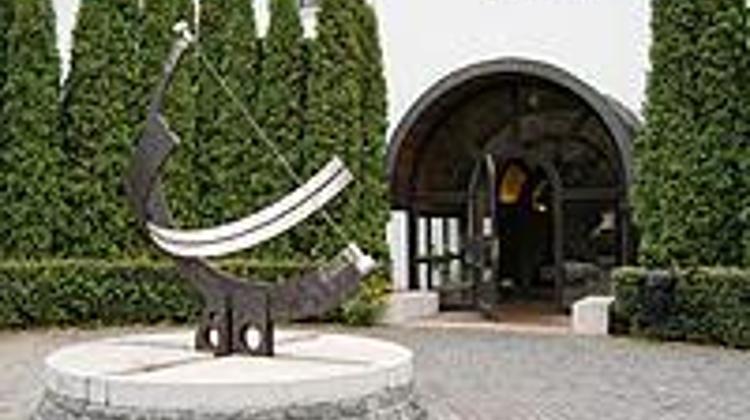 "Victor Vasarely – Győző Vásárhelyi −, a major figure of the international kinetic and op art movements, had donated works to Hungary and the Museum of Fine Arts several times after 1959.

The aim of donating to Hungary, a country involved in the Cold War and clinging rigidly to Realism as the only acceptable form of art, was to demonstrate with examples the novelty and progressive character of the international post-Second World War geometrical abstract movement. In 1976, Vasarely set up a foundation in his native town Pécs in the south of Hungary, collecting works by himself and his wife Claire (Klára Spinner), as well as by international abstract artists.

The last declaration of donation dates back to 1986 and refers to his own works shipped to Hungary in 1981 to be exhibited in the Museum of Fine Arts, Budapest. The document was written in the artist’s studio at Annet-Sur-Marne.

The declaration goes as follows:  “I, Victor Vasarely, a painter by profession, residing at 83 rue Aux Reliques, F – 77410 Annet sur Marne (France), hereby declare that I have donated significant and unalienable works to Budapest city, the capital of my native Hungary. I solemnly promise never to claim back any of these works. /

The above works have for several years been exhibited at the Szépművészeti Múzeum, an institution of singular importance in preserving and curating the works. / The Ministry for Culture has decided to move the collection to the Zichy Palace for permanent display.

Budget execution, refurbishment, interior design works as well as the arranging of the collection are currently in progress. I am convinced that the “Vasarely Museum”, opening its gates in 1987, shall live up to the high standards set by the world famous city of Budapest. 22/09/1986, Annet-sur-Marne / V. Vasarely / Vasarely.”

In total, Victor Vasarely donated the Hungarian state 411 original and reproduced works as well as a complete library on his art and a serigraphy workshop with a computer.

The Vasarely Museum was inaugurated on 8 May 1987"