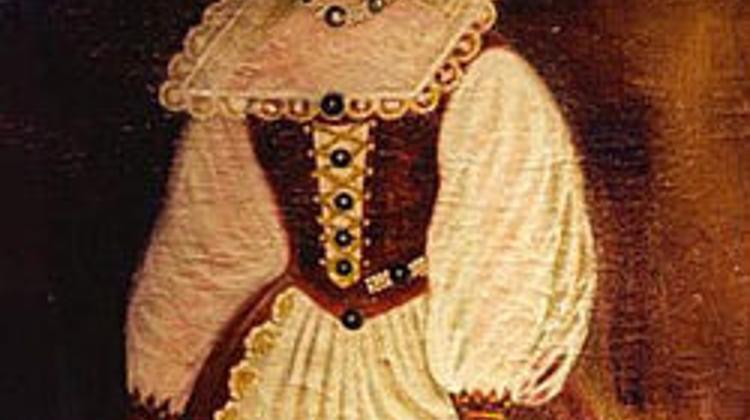 "When one lists the outstanding personalities of Hungarian history, one tends to think of crowned kings, valiant commanders, renowned statesmen and legendary champions of freedom –representing, almost exclusively, the stronger sex. Yet, many woman bolstered the fame of Hungary over the centuries.

No one else can claim the title of most courageous woman, but Ilona Zrínyi, mother of Ferenc Rákóczi II, who led the early 18th century Hungarian war of independence.

When her husband, Ferenc Rákóczi I died, after ten years of marriage, she succeeded in her strife to retain guardianship of her children. A few years later, she married Imre Thököly, Prince of Upper Hungary, and later Transylvania, who got her involved in the Hungarian uprising against the Habsburg crown.

When Thököly lost a series of battles, the imperial army advanced to the stronghold of Munkács (Palanok Castle), where they met unexpected resistance when a woman, no other than Ilona Zrínyi, stopped them. With two sons to take care of, she defended the castle heroically, against the forces of General Caraffa, for two years between 1686 and 1688; only to surrender it to the Austrian, after the relief of Buda from Turkish occupation.

Although in an entirely different age, Ilona Tóth, also held high the banner of liberty. Possibly the most famous female figure of the 1956 Revolution, and War of Independence against the Soviet regime. Ilona Tóth graduated from secondary school in 1951, and was accepted in to Medical School in the same year. She was completing her practical training in internal medicine at the outbreak of the revolution, when she and her fellow students joined the street demonstrations in Budapest, on 23 October.

Later, she was directed to the Péterfy Sándor Street Hospital, where she joined the Voluntary Ambulance Service. With armed resistance ending, she opted to engage in political struggle: she produced flyers and also participated in distributing an illegal paper. She was arrested on 20 November and charged with murdering a member of the secret police of the communist dictatorship, with an accomplice and was sentenced to death in a show trial. Ilona Tóth was executed next June – at the age of 25.

Undeniably, Margit Schlachta and Anna Kéthly, were Hungary’s most famous female politicians. Schlachta was the first female representative in Hungarian Parliament. She started her political career at an early age, founded a school for the socially deprived, and edited a journal called “Hungarian Woman”, under the telling subtitle “Journal of Christian Feminism”. As a candidate of the Party of the National Christian Union, she took her seat in Parliament, but she withdrew from politics two years later, to establish the Society of Sisters of Social Service with a few of her friends.

She also founded an institution to train social workers, and launched nation-wide courses to promote anti-fascist sentiment. As leader of a feminist movement, later it became an independent party, under the name “League of Christian Women,” she spoke up against deportation in World War II, and also gave secret refuge to several well-known Hungarian Jews.

Anna Kéthly was the second female Member of Parliament in Hungarian history; she managed to keep her mandate in several rounds of election. As a politician, she pressed for the improvement of health care, was an arduous promoter of feminine advocacy, and urged to extend compulsory education to 14 years of age. She managed to keep her mandate despite her party, the Hungarian Social Democratic Party, suffering major defeat at the last free elections of the Horthy era. After World War II, Anna Kéthly became head of the party faction (and party president in 1956), to progress to a ministerial position in the government of Imre Nagy, the martyr prime minister.

We must not fail to commemorate the most renowned Hungarian female explorer, Flóra Sass (Lady Florence Baker). Her family was killed by rebel Romanians, during the Hungarian War of Independence 1848-49. The little girl was adopted by an Armenian family in Transylvania, but when they fled to Vivid, now Bulgarian territory, she lost her step-parents and was enslaved.

It was in Vivid that Samuel Baker, famous British explorer found her, liberated her, and then took her with him. That is how the 20-year-old exceptional beauty happened to take part in fulfilling the engineer’s long-cherished dream, to discover the sources of the Nile. It was after a long and dangerous journey in 1864, that they reached a huge unknown lake, which Baker assumed to be the second source of the river. They named the lake Albert Nyanza, in honour of Queen Victoria’s consort.

The life of Lilly Steinschneider, Hungary’s first qualified female pilot during the Austro-Hungarian Monarchy, was no less adventurous. Lilly was trained as a pilot in Wiener Neustadt, Austria, flying Etrich aircraft, she got her license in 1912. Although she could not yet try her skills in a much-awaited competition in August 1912, thousands of people witnessed the ascent of the fist Hungarian female pilot to the altitude of 50-60 metres in the same year.

Lilly won the speed race next year, and was runner up in un-interrupted flying, and in the flight time contest. In World War I, she offered her services to the Ministry of Defence, but she was rejected and chose to contribute to the war efforts as a nurse for a short time.

The figure of Elizabeth Báthory - picured on the top- , inspired numerous literary works, poems, novels and films, both in Hungary and abroad. Despite being branded as female Dracula or the “Blood Countess”, sober historians assume that she was an unstable woman, to fall victim to a show trial. Elizabeth Báthory was surrounded with weird allegations about her involvement in occultism, her torture of servants and her demonic practices in pursuit of eternal youth as she feared old age– she was charged with killing more than six hundred victims. Without ever being tried or convicted, Elizabeth Báthory was imprisoned in the Castle of Csejte (Čachtice), in present-day Slovakia, where she was kept walled-in, until her death in 21 August 1614."