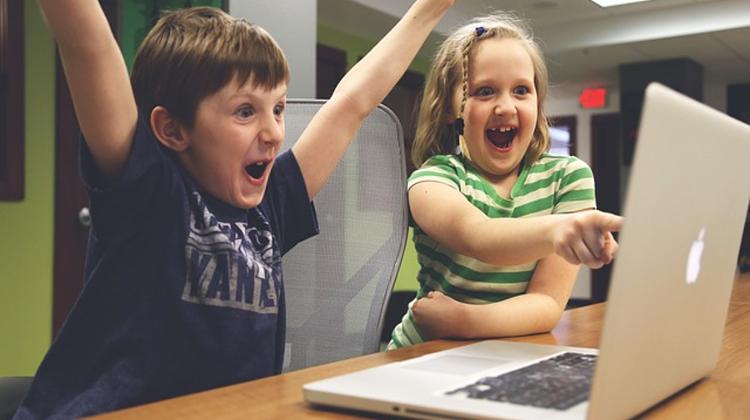 Telecommunications in general play a key role in the lives of 85% of adult Hungarian Internet users. Specifically, the Internet is of major significance, as it has also become indispensable for purposes other than keeping in touch with others. To 83% of Internet users, being online can now be a family program that may include social media usage, online shopping, listening to music, or watching movies.

This is the conclusion of eNET – Telekom’s latest research in the series titled “Report on the Internet Economy”, focusing on the role of telecommunications in general and the Internet in particular in the lives of families.

Lots of gadgets = lots of knowledge?

According to eNETs’ online research conducted in the summer of 2015, telecommunications play a central role in the family lives of 85% of adult Hungarian Internet users. More than half of them are of the opinion that the more telecommunication devices a family uses, the better informed it is.

Three quarters of the respondents think that the Internet makes it easier to get along in life. While two thirds of those asked agree that the Net makes family life more convenient, opinions on its impact on family relations are rather divided. Even though the majority considers this effect positive, most respondents (62%) perceive both positive and negative impacts.

Phone calls to move online, too?

According to the latest research by eNET, mobile telephony is the most popular method of communicating with family members digitally (86%). But mobile phones are no longer used for phone calls only; with the proliferation of smartphones, all online contact forms have become available on these devices.

E-mail remains the most popular form of online communication within the family (47%), but phone calls or messaging over the Internet are used almost as frequently, by 44% of the respondents. Conventional, land-line telephony is losing some ground but is still as popular as social media when it comes to communication with family members.

One can keep in touch with others on the Internet when meeting someone in person is not possible; in that regard, this communication method is similar to telephony. It does not replace face-to-face meetings but can complement them. And according to 80% of Internet users, online communication is much cheaper than making land-line or mobile calls. Thus the role of communication via the Internet is expected to increase further in future.

Far away, still together

The prime benefit of the Internet over other communication channels is that it allows us to instantly share words, images or videos of any event in our lives with loved ones, no matter how far they are physically, usually without incurring additional costs. If, for example, you are on holiday, your family members do not need to wait for you to return home or call them to find out what your hotel room or the beach is like; provided that you have Internet access, you can send them photos or videos at the click or tap of a button.

In this manner, the web can in fact help forge closer personal relations by allowing people to learn more about each other and seeing what the other person can see, regardless of their actual location. In fact, thanks to social media, it is no longer necessary to inform each of your loved ones individually, because the images, comments and activities you share are immediately visible to all your friends and/or family members.

According to two thirds of Internet users, the world-wide web is indispensable to actively keeping in touch with relatives and friends; and conversely, the lack of Internet access renders that very difficult. Most people (68%) use the Internet to communicate with far-away relatives; more than half keep in touch with friends and acquaintances; and one fourth also with family members living in the same household, when they are not physically together.

Only 6% claimed not to communicate with either family members or friends in this manner. So the old fear that the Internet makes one lonely has been disproved: in fact, it connects people and families.

Being online can be a family program

Watching television has long been considered as entertainment for the entire family, and surfing the Internet has joined its ranks, at least in the experience of 83% of Internet users. Within online activities, social media is very popular, as 61% of the respondents use it together with family members as well.

Joint online shopping is also frequent (58%) and is presumably becoming a new form of taking care of the regular “big shopping” for the family. Instead of going to a supermarket, one can now check out and select goods on virtual shelves right from one’s home. It should be noted, though, that the convenience of online shopping is not necessarily coupled with savings because many transactions are not limited to strictly necessary items; 29% of families spend, at least occasionally, more than originally planned online. Besides buying goods, Internet users also like to listen to music and watching movies, videos or TV programs online with family members (45% and 43% respectively).

Time spent with the family: not lost but transformed

Telecommunications and especially the Internet plays a central role in the lives of both individuals and families; besides other advantages, it helps people keep in touch with friends and relatives actively and conveniently, even when they are physically far away. In addition, surfing the Net can become a family program if the opportunities of being online are used well; this is demonstrated by 83% of Internet users. Unquestionably, the Internet is transforming family relations and programs, but it can greatly contribute to keeping a family together if it is used wisely.