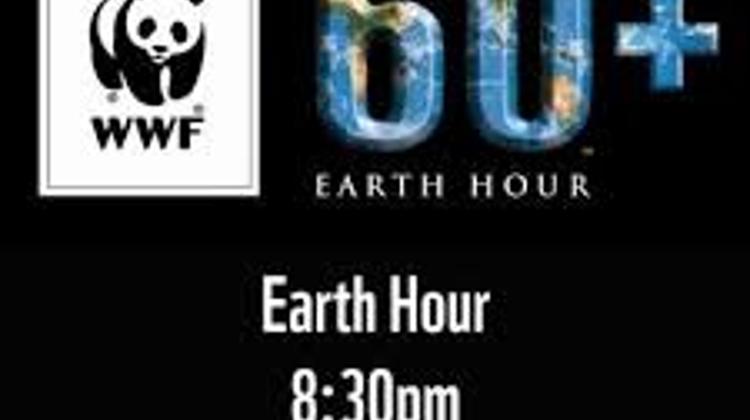 On Saturday March 19th at 8:30pm, millions of people across the world are switching off lights for one hour - to celebrate their commitment to the planet. This year Earth Hour Hungary is celebrating innovative talents working for a greener future and combines the power of classical music with the power of climate action.

The Earth Hour festivities are going to be hosted Müpa Budapest, one of Hungary's best known and most contemporary cultural institutions. We keep up the tradition of challenging Hungarian cities to compete for the title of Hungary’s Earth Hour Capital.

* Outside the building we are going to create the 60+ Earth Hour logo using hundreds of yellow pansies, which we going to give to every participants as a gift after the blackout

* Later on, we are lighting candles between the flowers so 60+ can shine during the switch-off

* Our Living Danube Tour is going to be present, which is an interactive parlour game and an educational program sponsored by Coca Cola, which represents the importance of the natural wetland in six countries along the Danube.

* The final event of WWF Hungary’s Green Generation Mentoring Program – This program was established by WWF Hungary with the support of Toyota Fund for Europe and targets elementary and secondary school students between the age of 14 and 16. The one year long program’s main objective is to engage the attendees in environmental issues in the long run and also to develop their creativity.

* The highlight of the switch-off event is going to be a concert by Hungarian National Philharmonic Orchestra, conducted by Zoltán Kocsis, featuring Ingrid Fliter pianist. The event will be recorded and live streamed so Earth Hour supporters all around the globe can join and share the moment with us. During the switch-off the concert will be performed on a dark stage with only one spotlight reflected on the piano.

* At 20:30 we are switching off the lights of Budapest; UNESCO World Heritage Sites like the Buda Castle District, the Chain Bridde, the House of Parliament and other notable places in the city are also shutting their lights for an hour.

* Earth Hour festivities will last well beyond the hour as we continue on Sunday with programs for children and families combining musical and environmental education.

• Keeping up the tradition, we are challenging Hungarian cities and municipalities to compete for the prestigious award of Earth Hour Capital of Hungary 2016.
• This year we have challenged them to apply with summaries of their Earth Hour festivities
• We are going to announce the winner of the award after Earth Hour.
• there are already registrations coming to Earth Hour Hungary website from all around the country. (www.foldoraja.hu)