A Unique Park Lining Up The Castles Of Hungary 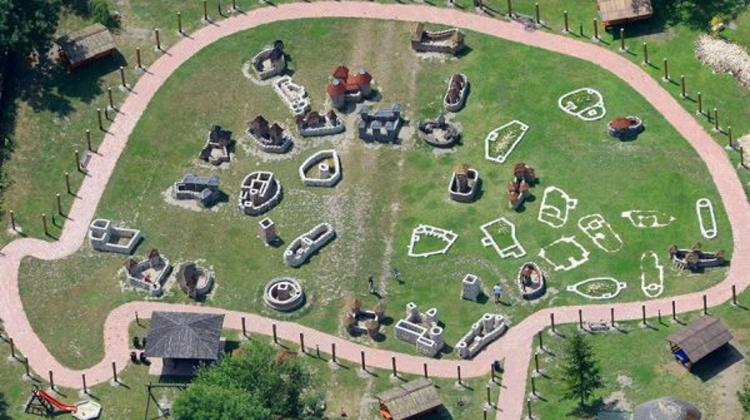 Szeretlekmagyarorszag.hu recommends an interesting programme: the Castle Park in Dinnyés introduces the castles of Hungary and, uniquely, the models were made of the same material as the original ones they represent. The historically and traditionally significant Castle Park in Dinnyés was opened in July 2014, as after a long process of research and preparations the constructions began in 2013.

The owner, Zoltán Alekszi organized the constructions of the castles on his own land. Uniquely, the Dinnyés Castle Park is the only one to represent the historic castles of Hungary as mock-ups made from the very same material – stone, wood, brick, twig or mud – that was used for building the original castles.

The wonderful replicas can be seen inside the walkway, which has the shape of the historic Hungary, located where the original ones are in actual life, thus, from the upper view they have the look of a map. Also, short stories of the castles, the names and most significant acts of the Hungarian rulers, monarchs and governors can be read in three different languages.

One of the aims of Alekszi was to introduce the now forgotten castles, which would probably never be reconstructed and saved. Next to the castles photos showing the current state of the original ones can be seen too, serving as basis for comparison.

The idea of creating the park was based on a childhood dream of Alekszi, as, after reading Stars of Eger (Egri csillagok), he became rather fond of the idea of owning a castle, and decades later he fulfilled it with some changes: several smallish replicas of castles, building up a park.

The other major aim was to focus on illustrating the castles as if they were already gone through a reconstruction. This aspiration meant quite some work, as the castles were mainly ruins, of which, at many times, nearly nothing was left, only some piles of stones in a forests.

The castles gained their final shapes based on the excavation layouts and air photographs, after putting together the pieces of different aspects and descriptions. Even the professionals had different views on the designs of the castles, hence, it is highlighted that, while making the replicas, they aimed to be as much realistic as possible, but still, they mainly worked with ideas.

Currently, 30 castles await guests, but other ones are also in construction, therefore, visitors may even witness the building process of the replicas.

By the summer of 2014, for the opening of the park, 18 castles were implemented completely, including the castles of Somoskő, Hátszeg, Szarvaskő and Földvár. By the spring of 2016, further 12 castles were built up, among which were the castles of Zelna, Drégely, Talmács and Sebesrom.

The number of the castles are constantly increasing, the goal is to fully fill the area enclosed by the walkway. Recently, the park has become a beloved destination for families: while the adults are being stunned by the medieval castles, the little ones can spend their times playing folk games.

Besides, it can also be a great target of classes going on school trips. It continuously offers a great programme for anyone: guided tours, costumed knight heptathlons, and extraordinary history classes await all people interested. Moreover, the castles can also be watched in the evening, when everything is dark, except the lighted up mock-ups, providing a beautiful view.

The Castle Park of Dinnyés welcomes visitors every day from 9am until 6pm, throughout the year; tickets for adults cost 950 HUF, for children (under 16) and pensioners 750 HUF, but family and group tickets can also be purchased.