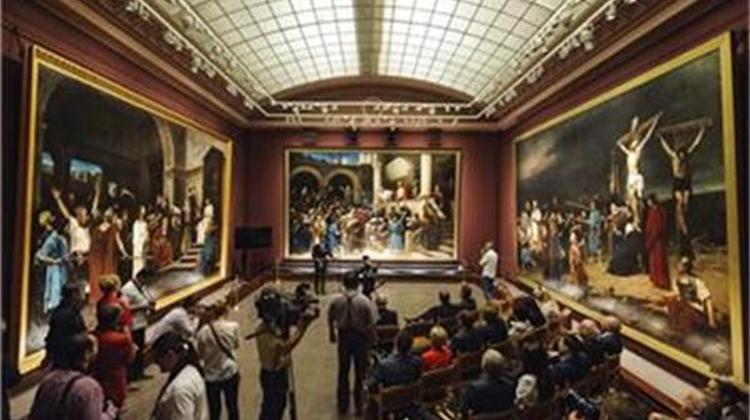 A Budapest court on Monday rejected a lawsuit submitted by art collector Imre Pákh against the classification of the painting Golgotha by 19th-century artist Mihály Munkácsy as a protected part of the national heritage.

The classification, imposed last year while the painting was on loan in Hungary, means that Pákh cannot take the artwork out of the country back to his home in the US.

The judge ruled that the painting’s cultural historical value is beyond doubt, and that it is irreplaceable.

Golgotha is part of Munkácsy’s trilogy Christ Before Pilate. The government earlier purchased one of the other two paintings from Canada’s Art Gallery of Hamilton for $5.7 million. Golgotha was classified as part of the national heritage after Pákh turned down an offer of $6 million, after the two sides had informally agreed on a $9 million price.

As part of the deal, Pákh reportedly offered to lend all of his 52 Munkácsy paintings to Hungary for 12 years and to give the state a pre-emptive right to buy them.

Golgotha is currently in the Déri Museum in Debrecen, where it remains veiled as ordered by Pákh.

Monday’s ruling is not open to appeal, but either party may ask the Kúria for a judicial review.