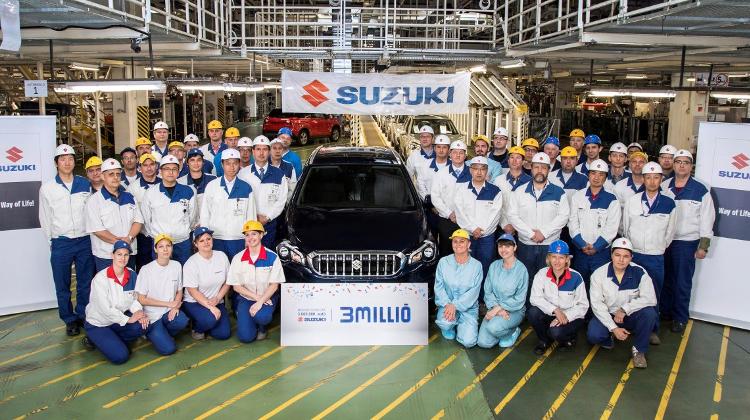 The three millionth Suzuki car - a Suzuki SX4 S-Cross - has rolled off the production line in Esztergom, marking 26 years of operation of the Japanese car manufacturer in Hungary, according to a press release sent to the Budapest Business Journal today.

“With this impressive figure, Magyar Suzuki Corporation has reached yet another milestone, again proving that the company is a significant player not only in the Hungarian car manufacturing sector, but also on the global car market.

In addition to last yearʼs impressive domestic sales volume, Suzukis manufactured in Hungary were shipped to more than 100 countries in the world from the Esztergom factory,” Suzuki Hungary said in the press release.

“Looking back on the last two and a half decades, I’m very proud of our achievements. It is very important to stop for a moment at milestones like this and recognize our efforts.

Our 3,000 employees in Hungary do a great job day by day, contributing significantly to having the three millionth Hungarian Suzuki roll out of the factory,” said Yoshinobu Abe, Managing Director of Magyar Suzuki.