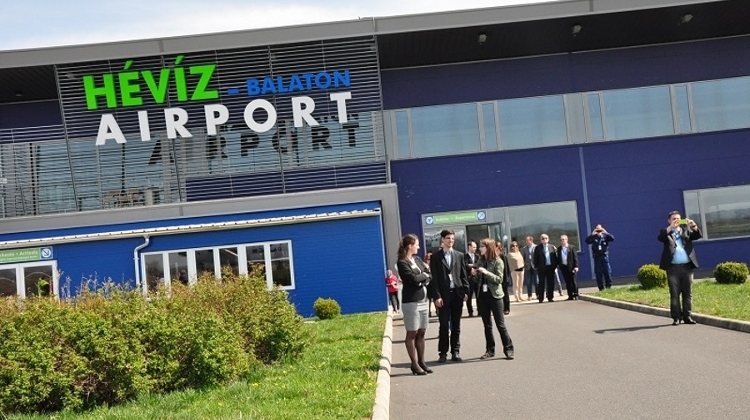 In only a couple of months, the Ministry of National Development signs the agreement about the improvement of the airport in Sármellék, according to Turizmus.com.

The airport requires a large scale extension to operate profitably in the long run, so both the technical capacity and the flight schedule are planned to be extended.

Mayor Gábor Papp announced at a press conference that the 20 million euros fund would be spent on technological and infrastructural development at Hévíz-Balaton Airport.

Among others, the currently 2.5-kilometer-long runway will be prolonged by additional 500 meters, the terminal building will be extended, and the surrounding territories - including the former Soviet barracks - will be renovated.

The airport in Hévíz is a quite successful and busy one: about 23,000 passengers used its services last year, especially the charter flights between Sármellék and Germany.

The airport handled several smaller planes as well with only a couple of passengers.

Mr Papp mentioned that the airport would need 150,000-200,000 customers a year in order to function profitably, which requires the increasing of scheduled flights – the last improvement in this field was relaunching flights to the Czech Republic.

The airport is supported with 160,000 euros every year by the town of Hévíz, as well as with 382,000 by the ministry. It is among the plans to connect Sármellék with Frankfurt and London, but there are discussions about flights to Tel-Aviv, St Petersburg and Norway.

Moreover, investors are highly interested in constructing a logistics centre and an industrial park on the territory of the former Soviet barracks.

The improvements at the airport are enhanced by the construction of the special test track in Zalaegerszeg - which is for testing cars with the new self-driving technology - and motorway M76, which is meant to connect the city with motorway M7.

This new highway will also go to Hévíz-Sármellék Airport.