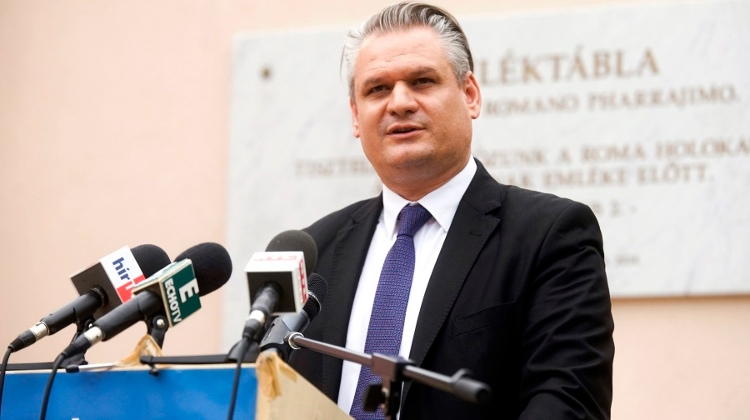 Hungary refuses to accept a compromise when it comes to mandatory migrant quotas, the state secretary for European Union affairs said after attending a meeting of EU ministers focusing on migration and the next EU budget in Luxembourg.

“We will not accept a compromise that involves any form of mandatory distribution of migrants or asylum seekers. Hungary has no legal or political obligation to become an immigrant country,” Szabolcs Takács (pictured on top) said in a phone interview to MTI.

“It is not easy to convince them, and we can see that the issue of secondary migration has resulted in domestic political troubles in certain countries. We do not expect a compromise at the EU summit this week, either.

In order to reach an agreement, it is necessary for all member countries to accept the fact that distribution is not working and the EU must follow migration policies that focus on border protection,” he said.

There are also many issues left open regarding the EU budget, and it is uncertain when a compromise could be achieved, Takács said. The draft prepared by the European Commission basically supports migration, he added.

Hungary wants the budget to include support for the protection of external EU borders, to ensure that border protection can be financed not only from national budgets but also EU funds, he said.

“After Brexit, certain member countries do not plan to contribute to the budget anymore, so even its size is still uncertain,” he said.

The meeting was successful from the point of EU expansion in the Western Balkans, Takács said. After a long debate, an agreement was achieved to start accession talks with Macedonia in June 2019 and with Albania six months later, he added.