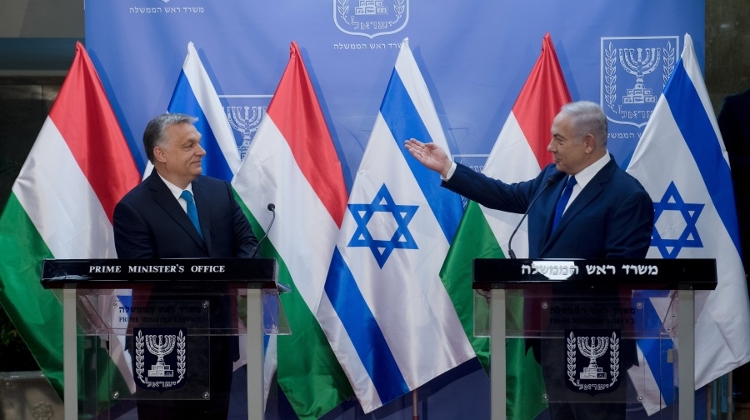 Viktor Orbán has said he and Israeli counterpart Benjamin Netanyahu share the same views about a variety of 21st-century issues such as security, the fight against terrorism, border protection and anti-Semitism.

At a joint press conference with Netanyahu, the Hungarian PM said he and his Israeli counterpart agreed that security is the number one issue today and that all nations have a right to their own security and a duty to protect their citizens.

Addressing the issue of modern-day anti-Semitism, Orbán said: “We’re living in a time when anti-Semitism is rising in western Europe but is on the decline in central Europe.” Hungary still maintains a policy of zero tolerance for anti-Semitism, he added after talks with Israel’s prime minister in Jerusalem.

Hungary always urges international organisations to apply a fair and balanced approach to Israel, Orbán said, adding that the two countries will continue to cooperate closely at international forums.