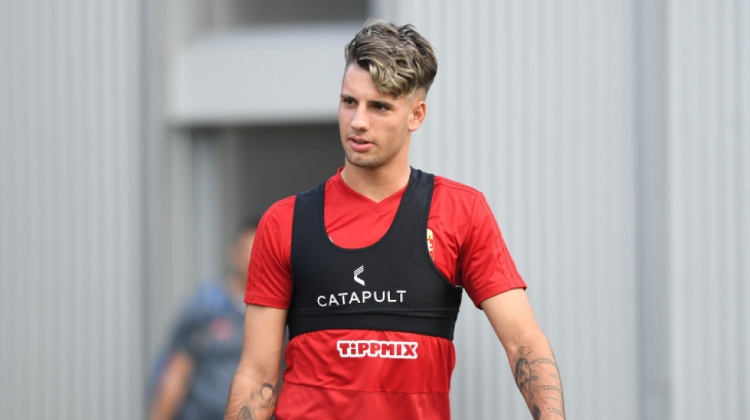 Sunday evening saw the Hungary men's national-team squad gather in Telki ahead of their UEFA 2020 European Championship qualifiers away against Croatia and at home to Azerbaijan, but head coach Marco Rossi's preparations have been dealt a blow with the advent of more injuries.

On Saturday, it transpired that Máté Pátkai's muscle injury has ruled him out of contention, on top of which followed the bad news that Dominik Szoboszlai and Krisztián Tamás have incurred minor injuries which preclude them joining up with the squad and that Barnabás Bese's involvement is also very much in doubt.

Szoboszlai has remained in Salzburg for further treatment early this week with his club's medical team, while Bese has arrived in Budapest but immediately went from the airport for an MRI scan to ascertain just how serious his injury is.

Pátkai's and Szoboszlai's withdrawals present Rossi with a serious midfield problem now because Bristol City central midfielder Ádám Nagy is suspended for Hungary's fixture against Croatia in Split on Thursday.

DAC midfielder Máté Vida was called up as back-up last week and now Debrecen tyro János Ferenczi joins him in the full squad.

"I wouldn't call the situation ideal", Rossi admitted. "At the same time, it won't improve if we start to whine about it. It's our task to prepare the healthy squad members as well as possible for the tough assignments ahead of us, so that they can deal with the challenges in the best possible way".

Hungary will play Croatia in Split at 20:45 CET on Thursday evening and Azerbaijan in the Groupama Aréna at 18:00 on Sunday.