Salami Prices In Hungary Skyrocket Due To Swine Fever 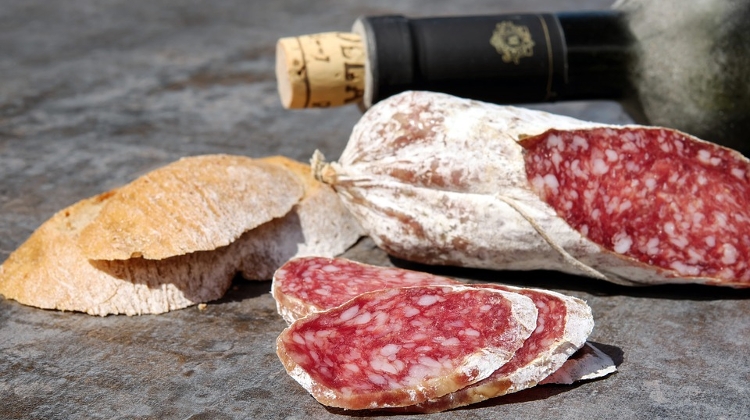 The average price for a kilogram of winter salami has grown by 8% over the course of a single week, due to a hike in the price of ingredients triggered by the effects of an African swine fever epidemic on the world market, according to a report by agrarian news site agrarszektor.hu.

Citing data by the Research Institute of Agrarian Economics, the report says that the average retail price of winter salami stood at HUF 7,343 per kg about two weeks ago, rising to HUF 7,922 in a week.

In addition, the price of several other pork products increased over the same period. The price of a kilogram of pork baloney grew from HUF 1,970 to HUF 2,027. Consumers also had to pay more for Gyula-style dry pork sausages, which cost HUF 4,805 per kg, up from HUF 4,676 two weeks ago. Both products became about 3% more expensive.

Earlier this fall, László Sutka, CEO of meat processing company Pick Szeged told news portal hvg.hu that he expects the increase in ingredient prices on the world market to manifest in retail prices as well. He said that the price of certain ingredients grew by between 20-40% between March and September this year.

The CEO argued that the Far Eastern market was hit hard by the spreading of African swine fever, forcing farmers to slaughter a large number of pigs. The lack of local ingredients resulted in the foreign markets taking away meat from safe European ones.