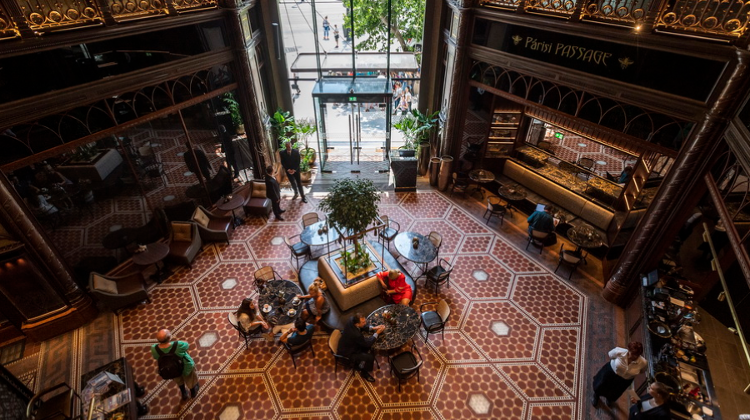 The landmark monument building in central Budapest was restored at a cost of Ft 13 billion, financed in part by an Ft 8.2 billion loan from Magyar Eximbank.

Mellow Mood Hotels was founded in 1997 by Jordanian businessmen Zuhair Awad and Samir Hamdan, who came to Hungary in the 1980s via scholarships and began their careers in Hungary operating currency exchanges and textile shops, website 24 writes.

They now operate 12 hotels and employ some 600 staff, Szijjártó said at the ceremony, adding that tourism is set for a record year in 2019.

The two businessmen acquired the nearby Klotild Palace for Ft 2.1 billion in 2014 and received Ft 7 billion in loans from state-owned Eximbank to turn it into a five-star luxury hotel, which is now the Buddha Bar Hotel.