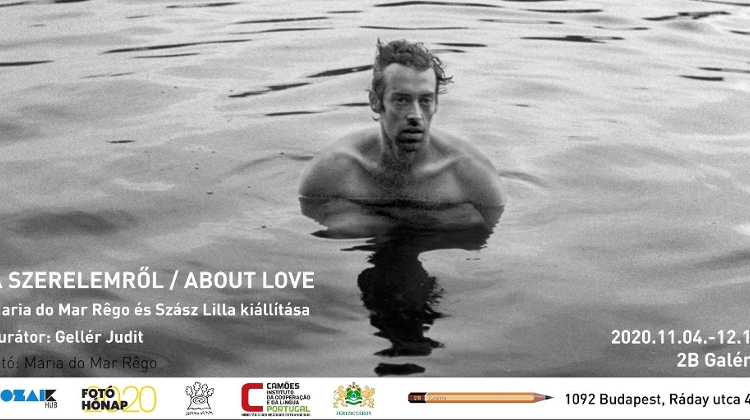 On view until 10 December. Photographers Maria do Mar Rêgo and Lilla Szász met in Lisbon in 2018, where they soon discovered that they were exploring issues of the same diverse and inexhaustible subject in their artworks: love.

The two series form two different perspectives. Maria do Mar Rêgo has been recording the development of her relationship for almost four years.

Lilla Szász followed the love stories of her friends between 2009–2018. At 2B Gallery in Budapest, the two series will be presented in parallel but in different forms.

While Maria's photographs reflect the linearity of long-term relationships in a classic form, posted on the wall, Lilla's images refer to the diversity of relationships by appearing floating in the space, creating an imaginary forest.

Each photo is a concentrated evocation of the emotions experienced.