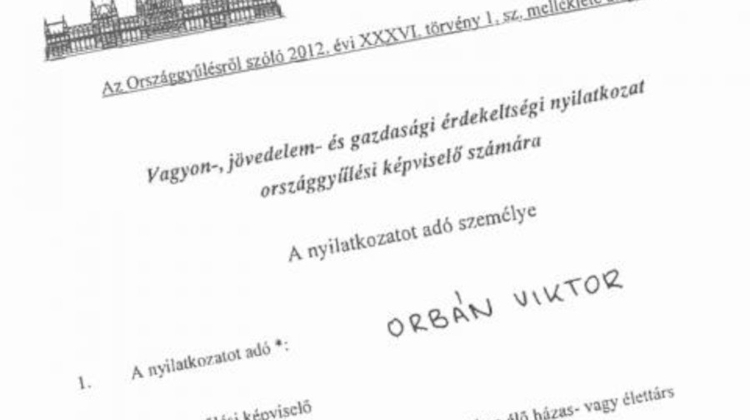 A pro-government and a left-wing columnist use the public asset declarations of Members of Parliament to level accusations of cynicism and corruption against officers in the opposing political trenches.

In a sarcastic diatribe in Magyar Nemzet, Ottó Gajdics accuses the opposition of trying to use the annual asset declarations of government politicians to accuse them of corruption.

The pro-government commentator, however, considers former PM Gyurcsány’s declaration the most interesting. Gajdics points out that Ferenc Gyurcsány’s assets are 1.9 billion Forints lower than a year ago.

In light of the former Prime Minister’s wealth, accumulated mostly during the privatization process of public assets in the early 1990s, Gajdics deems it absurd to accuse the government of corruption.

Népszava’s Gábor Czene finds the asset declarations meaningless. As an example, the left-wing pundit mentions Prime Minister Orbán’s document, according to which the PM has very modest savings, while others ostentatiously brandish their wealth.

He believes the statements reveal neither the actual wealth of politicians nor its origin, and suggests that ‘the carnival season would merit more entertaining shows than this’.