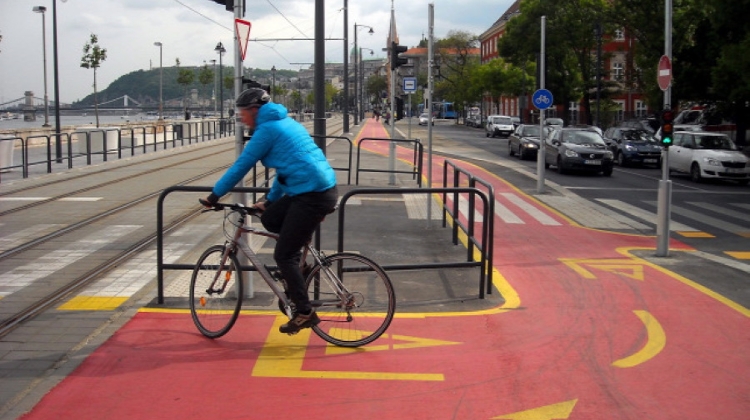 A call for bids for the design and implementation of four sections in Budapest of the EuroVelo cycling routes have been posted on the EU’s public procurement site, the Budapest transport centre BKK said on Wednesday.

The tender covers a 2.42km section in the north of the capital to complement paths at the the Northern railway bridge.

The two-way, 3.5m wide section will be part of the EuroVelo 6 route running from the Atlantic coast to the Black Sea. Once completed, the path will allow cycling on a designated path between the city center of Budapest and the Danube Bend, BKK said.

The other section, also in the north, covers a 13.3km stretch as an addition to a path already connecting Békásmegyer with tourist hotspot Szentendre. The new stretch will create a link between the Chain Bridge and Békásmegyer.

The other two sections covered in the tender are in the south of Budapest. One is a 10.4km stretch linking Mezőkövesd street with Campona street in Nagytétény, while the other is a 7.6km section along Honfoglalás road and the Hosszúréti-patak stream together with a cycling bridge.

These sections are to form part of the EuroVelo 14 route connecting Budapest with holiday hotspot Lake Balaton.

BKK noted that the Budapest Mobility Plan 2030 gives priority to cyclists and pedestrians.

The road network will be made bicycle-friendly by the summer of 2023 with funding of 8.39 billion forints (EUR 25.7m) from the EU’s Competitive Operational Programme (VEKOP), BKK said in a statement.