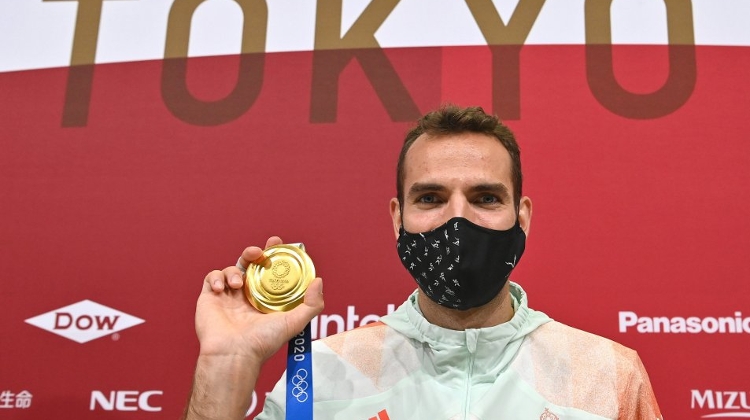 Two-time Olympic sabre fencing champion Áron Szilágyi made sports history in Tokyo on Saturday when he defeated Luigi Samele of Italy 15-7 in the final at the Olympics and won his third Olympic gold medal.

Nobody had previously managed to achieve this feat in this event.

Prime Minister Viktor Orbán was among those to congratulate Szilágyi on his Facebook page on Saturday afternoon.

Gergely Siklósi of Hungary won the silver medal after he lost to Romain Cannone of France 15-10 in the men’s epee final on Sunday.