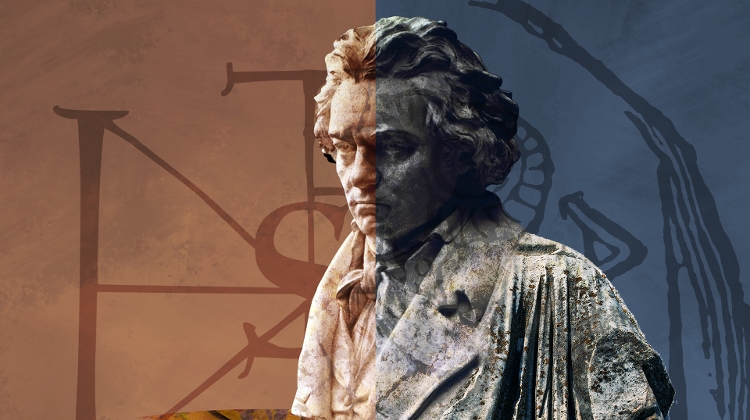 Every New Year at the Hungarian State Opera begins with Symphony No. 9 by Ludwig van Beethoven, and Fidelio is staged or performed regularly in a concert version. Now, two pieces of incidental music by the composer genius originally written on commission by the German Theatre of Pest for its opening in 1812 make their way to the Opera's repertoire. The double bill featuring König Stephan and Die Ruinen von Athen premieres on 25 September 2021 at the Eiffel Art Studios.

Over the course of a brief period during the autumn of 1811, Beethoven crafted an overture and nine movements incorporating the chorus for König Stephan, Ungarns erster Wohltäter (King Stephen, Hungary’s First Benefactor).

The musical numbers follow each other only loosely: first illustrating the great monarch’s personality, then the adoption of Christianity and the establishment of the Hungarian kingdom.

Director Pál Oberfrank's production builds on the original piece to present the reign of the state founder, but the original libretto by August von Kotzebue is supplemented with excerpts from the works of Hungarian poets and authors Dezső Kosztolányi, Mihály Babits, and Sándor Sík to provide a more complex picture of Hungary's first king and his reign.

Also staged by Pál Oberfrank, Die Ruinen von Athen (The Ruins of Athens) presents an ancient story with modern questions. It tells a tale all too familiar to today’s audiences.

Everything that surrounds us, global climate change, the pandemic, mass immigration, result in enormous pressure and continuous change, often leading to ruin.

More than a century after completion, the piece caught the eye of the productive pairing of the dramaturg Hugo von Hofmannsthal and the composer Richard Strauss, who reworked the composition of the piece, which had originally been written to text by August von Kotzebue.

This is the version the Budapest audience will now be able to enjoy with a choreography by Marianna Venekei.