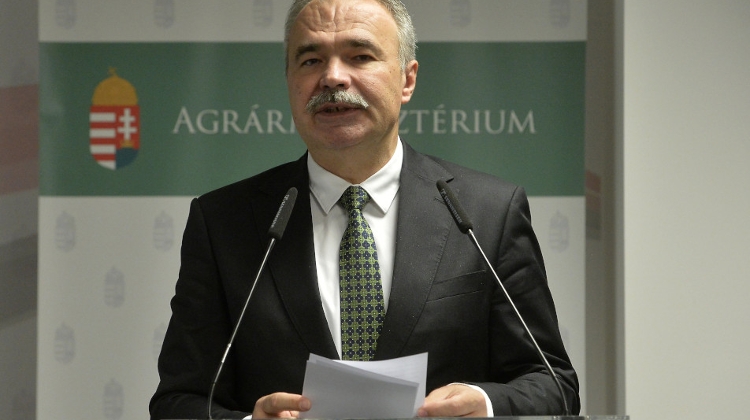 The "bold step" of capping the prices of basic foods at their October levels shows that the government is prepared to intervene if prices get out of control, the minister of agriculture said over the weekend.

Not only will the rollback of prices save families money, but it will also “send a message to the market” that the government “is not afraid to take even the most unexpected steps”, István Nagy told public broadcaster Kossuth Radio.

He noted that the government had already lowered VAT on certain basic food products to 5%. He said that while the opposition parties were criticising the food price cuts, they had also refused to vote in favour of the VAT cuts in parliament.

“How credible is a criticism of this policy when they go on to propose a measure which was already imposed years ago which they didn’t vote for?” he said.

Nagy said he expects retailers to respect the government decree on the price cuts. He said food producers and processors were protected from any negative effects of the policy because retailers were legally prohibited from cancelling their contracts.

The price cuts will be in place for a period of three months, Nagy said, adding that the government would later determine whether the policy needed to be prolonged.