New Bridge Between Hungary & Slovakia to Be Build this Year 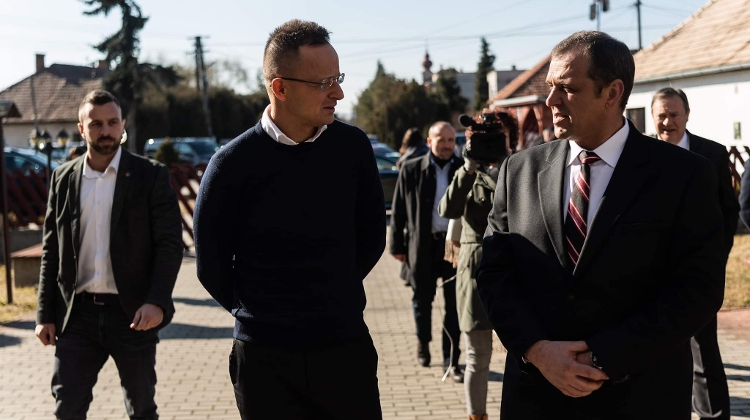 Hungary and Slovakia will complete a new bridge across the River Ipoly before the end of next year, linking Őrhalom in Hungary and Vrbovka (Ipolyvarbo) on the Slovak side, the minister of foreign affairs and trade said on Friday.

The bridge will make the life of local residents easier and contribute to economic development too, the foreign ministry quoted Péter Szijjártó as saying.

Speaking at the groundbreaking ceremony of the new bridge to be built with a budget of 2.3 billion forints using European Union funds, the minister said: “Another chapter is being written about the success story of cooperation between Hungary and Slovakia.”

He said “calm and peace in times of war” were of heightened importance and the two countries had done much in recent years to preserve states.

Earlier “serious difficulties hindered good relations, but then a decision was made to build a basis for mutual trust through success stories,” he said, adding that “now bilateral ties are calm and balanced”.

Slovakia has become Hungary’s second most important trading partner and a crucial investor, with 700 Slovak companies employing over 5,000 people in Hungary, he said.

“Hungarians and Slovaks want to have peace in the region as soon as possible and will do everything to that end,” he said. On another subject, the minister said linking the gas and electricity networks of the two countries was pivotal for the security of energy supplies.

Hungary and Slovakia are connected by thirty-five road crossings, twelve out of which have been established since 2010, Szijjártó said, noting that six more projects, including three bridge constructions across the River Ipoly, are under way.

All the projects are scheduled to be completed before the end of next year, he added. “We are taking another step towards ensuring that residents benefit from good political ties in their everyday lives,” Szijjártó said.