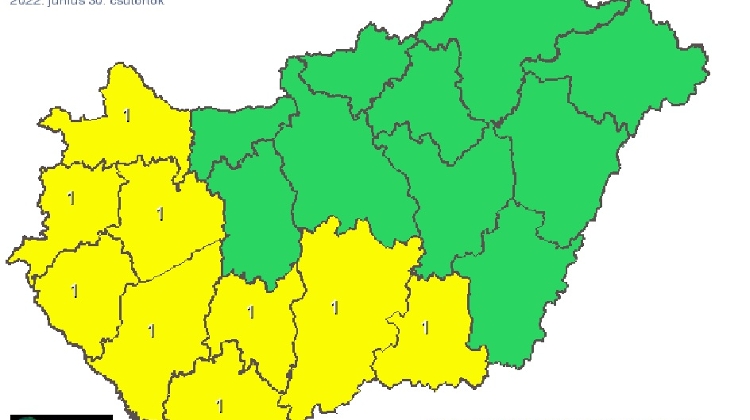 Hungary witnessed record-high temperatures in the early morning as well as the afternoon on Wednesday, with peak temperatures reaching 39.2 C, the Hungarian Meteorological Service (OMSZ) said.

OMSZ measured 24.8 C. in Keszthely, western Hungary, early in the morning, the highest morning temperature measured on a June 29. The record so far was 23.7 C. measured in Tata, in northern Hungary, in 1997.

Highs reached 39.2 C. in Adony, near Budapest. The highest temperature on this day was last recorded in 1994.

Meanwhile, temporary water shortages have been experienced in ten localities of Pest County due to the heatwave as well as technical problems and a drop in pressure, according to the Danube Regional Waterworks (DMRV).

The authority has asked residents to reduce consumption. The authority said it was working at maximum capacity to ensure the continuous supply of drinking water.