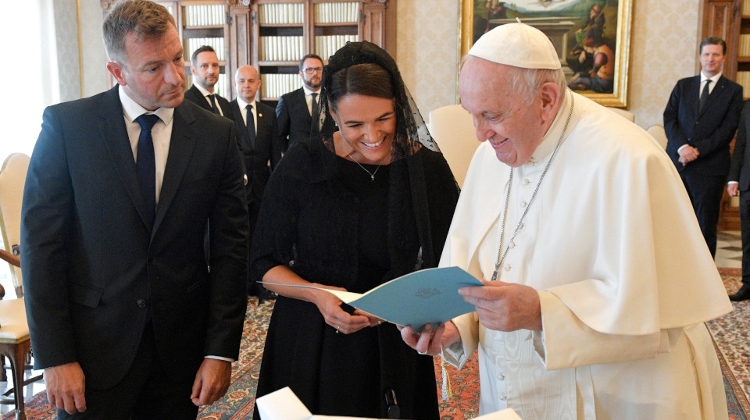 Issues around youth could be among the central themes of Pope Francis’s visit to Hungary planned for next year, Cardinal Péter Erdő, the head of the Hungarian Catholic Church, told MTI on his arrival in the Vatican on Friday.

Erdő, who is in the Vatican to attend a meeting of his counterparts, said the pope could “visit several towns and cities in Hungary which no pope has seen before”.

He also noted that Francis usually visited shrines of the Virgin Mary during his travels and suggested that while in Hungary he could visit the Mátraverebély-Szentkút national shrine.

The cardinal also added that the pope had not yet provided any details concerning the duration of his planned visit or the places he would visit in Hungary.

“We would be glad if the pope could spend as long as three days or more in Hungary,” he said.

Hungary is set to begin preparations for a visit by the pope scheduled for next year, with the pontiff confirming his intention to travel to Hungary, President Katalin Novák said after meeting Pope Francis in Rome on Thursday.

Novák told public media that her forty-minute private audience with the pope covered the topic of a future papal visit to Hungary, the war in Ukraine and family support.

The president said she had handed over an official invitation to the pope and asked him to visit Hungary next year.

The pontiff confirmed his intention to travel to Hungary, which means Hungary can begin making preparations for the visit, Novák said. She said Pope Francis’s visit could be scheduled for next spring.

As regards the war, Novák said she and Francis were in agreement that achieving peace as quickly as possible was a “shared interest”. “Pope Francis is praying for peace, speaks out for peace and does everything he can to be an ambassador for peace,” she said.

Novák said she and the pope had also talked at length about support for families and specifically Hungary’s family policy.

“We spoke about all the things we’ve done in Hungary to make parenthood attractive,” she said, adding that the pope had expressed appreciation for these measures.