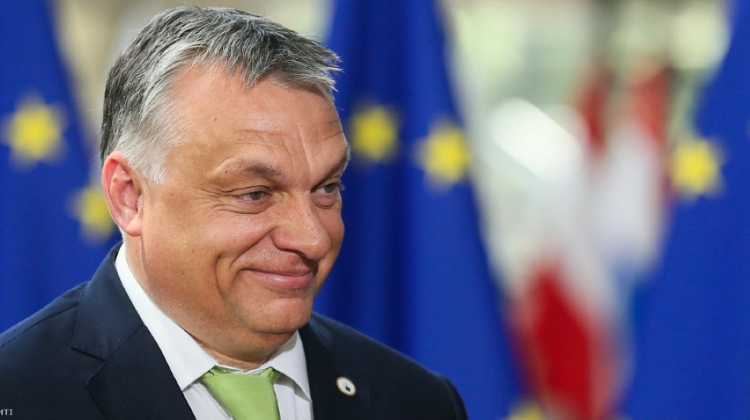 The weeklies were already on the stands when the Prime Minister announced that he had instructed his Finance Minister and asked the President of the National Bank to slash inflation by half next year.

In his regular public radio interview on Friday, the Prime Minister reiterated that in his view sanctions on Russia harm EU countries more than Russia itself. PM Orbán argued that unusually high inflation levels result from external factors alone – first and foremost, the sanctions on Russia. The Prime Minister also pledged that the government and the National Bank will cut inflation by half in 2023.

On the same day, the National Bank announced extraordinary measures to stop the Forint’s decline and slow down inflation. The National Bank widened its overnight lending rate corridor to 25 per cent (and announced an actual 18 per cent interest rate for the first overnight tender).

The National Bank also announced that it will use its reserves to provide the foreign currency needed to pay the country’s energy bills, so that importers do not need to exchange Forints on the FX markets.

In Heti Világgazdaság, Rita Szlavkovits fears that as many as 200,000 enterprises may close down due to high energy prices and soaring inflation, and as a result one million workplaces are in jeopardy.

The left-wing liberal journalist finds the government’s measures to lower energy prices insufficient, noting that even municipalities have started to suspend the operation of sports facilities and other public institutions to save on energy bills. Szlavkovits contends that in the absence of EU funding, the government has no money to protect the economy.

The right-wing analyst wonders whether the population in other EU member states really approve of the European Union’s costly support for Ukraine, and whether they are willing to sacrifice their well-being to help a non-EU country.

Kovács lambasts the EU leadership for not listening to their citizens and failing to revise sanctions which in his view backfire. He concludes that the Hungarian government stands alone in the EU, by asking what the people want and being willing to act accordingly.

Magyar Hang’s Szabolcs Szerető acknowledges that the Hungarian state is unlikely to default, but believes nonetheless that the economy is in deep crisis. The government-critical conservative pundit recalls that the budget had to be revised, while the trade balance hit record lows due to skyrocketing imported energy prices.

Szerető lambasts the government for using Brussels as a scapegoat for inflation, rather than brokering a deal and securing EU funding to ease Hungary’s economic problems. Despite all difficulties, Szerető takes it for granted that if Hungary reaches the edge of the insolvency cliff, it will turn to the IMF to avoid default.

On Portfolio, István Madár interprets the National Bank’s announcement that it will raise the overnight lending rate as a U-turn.

Madár thinks that the National Bank did what it had to do, adding that it is now paying a high price – even higher short-term interest rates – for having announced the end of base rate hikes two weeks ago. In the long run, the National Bank may run out of ammo, Madár suggests, pointing out that the further depletion of its foreign currency reserves increases future risks while the Bank’s losses will increase due to higher interest rates.

In an interview with the same online media outlet, real estate expert Gábor Futó welcomes the National Bank’s decision to intervene and raise the short-term interest rate. Futó believes that the decision will help stabilize the Forint and slow down soaring inflation.

He goes on to acknowledge that high interest rates are a burden for the economy, but without the hike, inflation could lead to an even deeper recession and to an even weaker Forint. Futó is also optimistic that once Hungary receives the suspended EU funding, markets will calm down and interest rates will start to sink.

Népszava’s Zsolt Papp sees the National Bank’s extraordinary intervention on Friday as a last-minute effort to stave off the collapse of the Hungarian economy and the Forint.

But even the drastic and unprecedented measures announced by the National Bank may not prove enough to salvage the system, the left-wing pundit fears, noting that higher interest rates may help the Forint in the short run, but as they trickle down, they make loans even more expensive.

To stabilize the economy, the government should immediately end its war with Brussels, introduce the Euro – and appoint a competent management to the National Bank, Papp concludes.