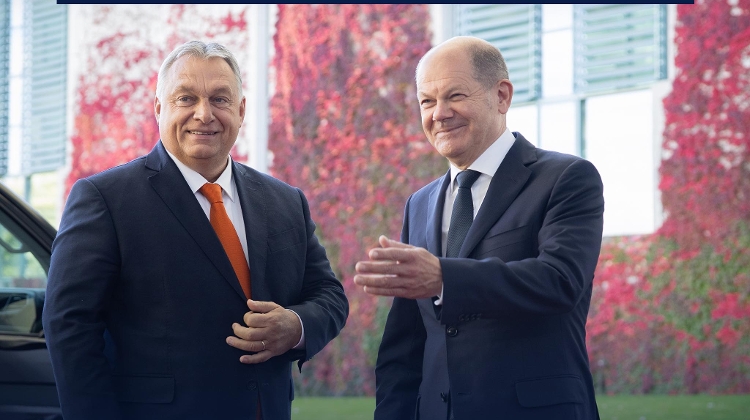 Prime Minister Viktor Orbán, addressing a forum on Hungarian-German economic ties in Berlin, said Hungary’s economy held no surprises and the government had its medium and long-term plans mapped out for each sector.

The Hungarian government has agreements in place with several German companies on cooperation in areas like telecommunications, digitalisation and the green transition, Orbán said.

He said the foundations of Hungarian-German economic cooperation were not economic but cultural in nature.

He said there was a “positive prejudice” towards Germany in Hungary, partly for historical reasons and partly because of Germany’s cultural performance.

The fundamentals of bilateral cooperation cannot be torn down by any kind of political campaign or economic disagreement, Orbán said.

He noted that there are 6,000 German companies doing business in Hungary employing some 300,000 people.

Hungary has the world’s fifth most high-tech economy and ranks higher in terms of exports than the size of its population would suggest.

Hungary is also among the world’s ten most open economies in terms of exports relative to GDP and is one of the ten most complex economies, he said.

Orbán said the biggest challenge today was the threat of recession in Europe partly because of rising energy prices. The main question, he said, was whether Hungary could weather the downturn on its own if the continent were to slip into a recession.

Orbán said that to this end, Hungary needed to focus on developments, investments and innovation. It was because of this effort, he said, that the Hungarian economy is growing by 5-6% this year after expanding by 7% in 2021.

He said the Hungarian government envisaged a labour-based society at the centre of which is the family. Hungary spends the most relative to GDP on supporting families, he said, adding that the government financed families through work.

Whereas in 2010 the employment rate in Hungary barely reached 50%, it is now around 75%, Orbán added. The government also builds on national pride and wants it to be based increasingly on performance, he said. “There’s no multiculturalism in Hungary,” Orbán said.

He said a low tax rate was a key element of the economic foundation of the Hungarian model. Hungary is the only country in the world with a flat personal income tax rate, there is no inheritance tax and the corporate tax rate is 9%, he said.

Orbán said that when it came to equality, it was education and jobs where people needed to be given equal chances. “But when it comes to the output, or performance, we tend to favour differences,” he added.