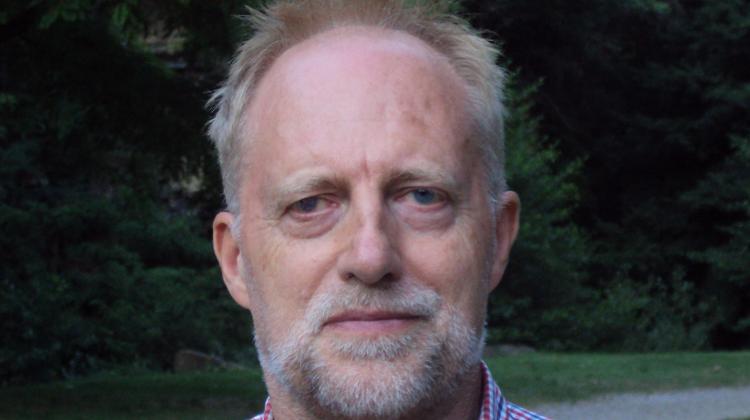 As chief librarian in a region in North-West Norway, with fantastic views through every window, my work is so rewarding and social I could call it a paid hobby when nobody is listening.

Attached to the town Trondheim, I involved myself in a EU training programme in Hungary. Something, I don't know what, sowed a deep seed of interest in Hungary. This has culminated into a researched novel - 'Freedom is a lonely word', portraying events as seen by a revolutionary resistance group in 1956 and two trapped foreign journalists.

This is an 'Any resemblance to actual persons, living or dead, is far from coincidental' type of novel. The novel also reflects Hungarian disappointment over the response of the international community to war crimes against civilians.

Answers to issues unresolved to this day are suggested, in an otherwise fast-moving, entertaining rather than political or dogmatic, international novel spiced with love and a mystery of its own. Historically accurate (even the weather), it is evident Hungary has a large place in the heart of the author.

The book is in English and Norwegian. I can't decide whether to publish it myself or find a publisher, but feel the book should appear in Hungarian one day, for the voice is from the outside - neither Hungarian nor Hungarian emigré. Advice is very welcome.

1. When did you arrive in Hungary and what brought you here?
A European Union training programme brought me to Szentendre in 1999 and Budapest the following years. I have also arranged student and family trips and travelled the country systematically alone, like an explorer, once or twice every year, all routes marked up on a map. After visiting Gyula recently, I've almost run out of new corners to discover. Sárospatok? Yes I've been there!

2. Have you ever been an expatriate elsewhere?
Yes: I'm British, but live in Norway.

3. What surprised you most about Hungary?
Immediately I felt Hungary was a discovery others needed to know more about. It was an exotic meeting, unexpected, full of surprises with a baffling language that aroused curiosity.

4. Friends are in Budapest for a weekend - what must they absolutely see and do?
Being spoiled for choice, they would be driven hard. I would walk them from the elegant Egyetem tér to the Wenckheim Palace, over the wonderful Szabadság híd and up to the Citadella (child's play for my Norwegian mountain friends). Day two would start on metro line 1 (but I would show them line 4 too), from Vörösmarty tér to Hõsök tere via House of Terror. Then I'd whisk them by taxi to The Fisherman's Bastion and back on foot across Lanchíd before they think of shopping.

5. What is your favourite Hungarian food?
My recipe for gyulas is popular with grandchildren, twenty-year-olds and the more mature alike, so that's it!

6. What is never missing from your refrigerator?
Milk and fresh vegetables, though we were dangerously low on milk today!

7. What is your favourite Hungarian word?
Cipõ (shoe), though on a good day I can at least try czészék és czészealjak (cups and saucers).

8. What do you miss the most from home?
Rugby and sprouts.

9. What career other than yours would you love to pursue?
Interior design, including carpentry and electrical

10. What's a job you would definitely never want?
Any job can have its perks, but accountancy would be too passive for me.

11. Where did you spend your last vacation?
Apart from Hungary, South of France.

12. Where do you hope to spend your next one?
North of England, in all its down to earth splendour

13. What was your favourite band, film, or hobby as a teen?
Music: Dave Clark Five; Film: Dr. Zhivago; Hobby: rugby and 400 metres.

15. Red wine or white?
A good red from Gere Attila Pincészete, but my company's choice could be better

18. Which social issue do you feel most strongly about?
Injustice against children

19. Buda side or Pest side?
Pest, but neither side would be what they are without the magical river

20. What would you say is your personal motto?
'Nothing is sharper than the tip of a new idea.' (Olav Duun)