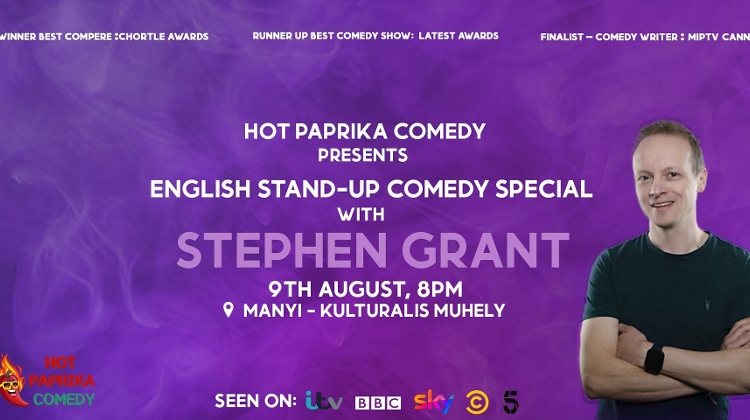 A repeat award winner of Best UK Compere, Stephen Grantis one of the hardest working comedy performers and writers in the UK. He is the host of the Krater Comedy Club at Komedia, which has won Best Comedy Venue in the South for an unprecedented amount of times and is a regular headliner at The Comedy Store in Leicester Square.

His speed and dynamism create a magical energy which has audiences rapt and hanging onto his every word. It is this that led Stephen to writting for Rob Beckett on Mock the Week and for writing for Russell Kane on Live at the Electric as well as forLee Nelson’s Well Good Show for Avalon TV and Seann Walsh for Channel 4’s Stand Up For The Week.
Place: Manyi Kulturális Műhely Budapest
Address: 1027 Budapest, Margit körút 18.