'This atmosphere is magical' - On Sziget Festival In Budapest 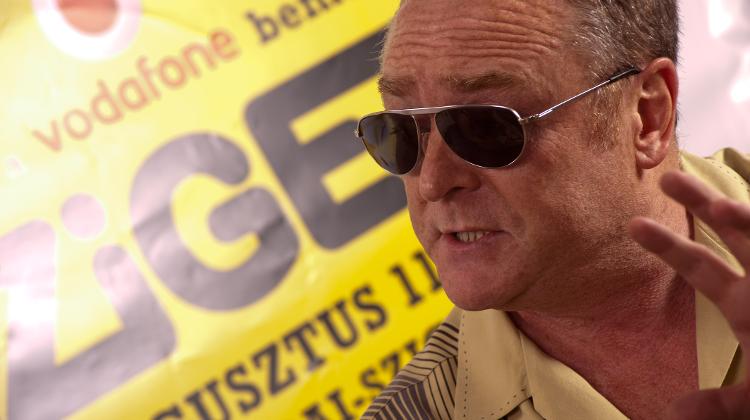 "Star-performers compared Sziget to the world's best festival Glastonbury, ambassadors residing here are convinced that Sziget indeed is the best in Europe, international journalists were stunned to see the variety and the atmosphere of the event, and Hungarian politicians believe that our favourite festival is the most attractive hungaricum. 382 thousand people were there, in peace and harmony.

“I've taken a look at the programs, and seen the faces here at Sziget. This atmosphere is magical! Perhaps this is the world's greatest festival, even better than Glastonbury” - Sister Bliss pointed out, and we can really believe these words as Faithless has been to Sziget numerous times. In accordance with this, James Ford, member of Simian Mobile Disco said: “We would really love to come back as soon as possible, this festival is a lot like Glastonbury. It's huge and there are plenty of programs.”

The size and variety of Sziget was also mentioned by international journalists writing about the festival. Among many others, a group of journalists of New Musical Express, The Guardian, Mixmag, The Telegraph held a press discussion to discuss their festival experiences, and highlighted the unique atmosphere and well-organized background of Sziget.

As they said, Sziget is an incredibly friendly festival and unique in the sense that it also offers a wide range of smaller programs besides all the great gigs. Foreign journalists also pointed out that the sound quality of the music venues proved to be outstanding, the stages really “sounded good” in their opinion. Moreover, they also added that the quality of services – as compared to other festivals – and hygienic circumstances were outstanding as well.

Several ambassadors have also shown up at this year's Sziget. Eleni Tsakopoulos Kounalakis U.S. ambassador – who, as a civilian, spent more days at Sziget – simply said: “Sziget is the best party in Europe!”. She also referred to the festival as an important meeting point, where youngsters from all over the world get to meet and have fun together.

Hungarian politicians visiting this year's Sziget are all in the same opinion. Bence Rétvári and Zsolt Nyitrai under-secretaries both pointed out that Sziget is one of the most attractive hungaricums, and as Rétvári would put it, Sziget is our third most important country-brand after Puskás and the Rubik's cube. No wonder that the festival did a great job creating a magical atmosphere with young people of 50 nations partying together. According to statistics, almost the same numbers of foreign guests and Hungarians have visited Sziget, which makes the festival not just the event with the greatest number of foreign guests, but also the festival with the most Hungarian visitors.

Even the police has a positive opinion of Sziget. Although they had some job to do, luckily they only had to deal with minor crime cases as Tamás Tóth chief commissioner of police has pointed out when visiting the event. Dr Géza Szeles, “chief doctor” of Sziget is of the same opinion. No major accident has happened at Sziget, he concluded. Criminal and medical statistics of Sziget are rather good, especially as compared to the size of the festival.

Károly Gerendai, main organizer of Sziget stated that this year's festival is a success story in all aspects, again. „In spite of the recession, there was no significant decrease in the number of visitors, moreover the heavy rain and the sudden changes in exchange rates have not had a negative impact on this year's festival either, so we are closing with profit” - Gerendai concluded.

Deconstruction- and transport-workers and cleaners are going to start this week, and in the second week, re-cultivation of the area is about to begin: by the first week of September, the area will have been covered by grass, together with Főkert."