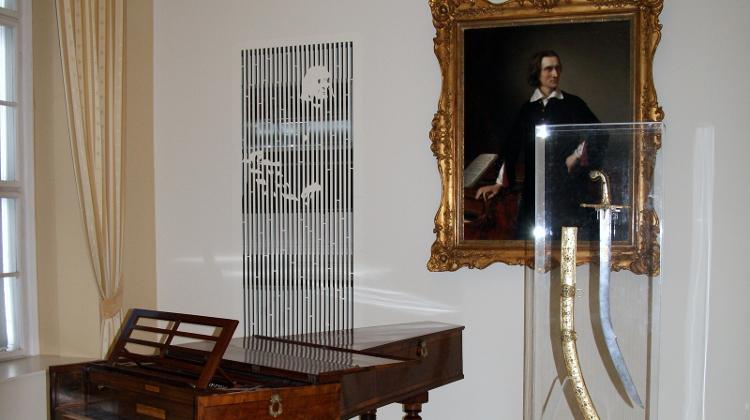 "Ferenc Liszt (1811-1886) was the most influential Hungarian composer of the 19th century. He was the most celebrated pianist, outstanding conductor and educator of his days, and one of the most charismatic personalities of European music.

As a Hungarian patriot, on the 50th anniversery of his carrier in 1873, Liszt decided to offer his most precious keepsakes to the Hungarian National Museum The most outstanding piece is a magnificent piano which was made by the London firm of John Broadwood and Sons and was sent to Beethoven as a gift in 1817.

Beethoven loved the instrument and used it until his death. After his death his goods were sold at auction and the piano was bought by C.A.Spina, an art-dealer and music-publisher from Vienna. He gave it to Liszt. Liszt, who admired Beethoven, kept the precious piece in his library in Weimar.

The instrument with some other precious objects (his seven laurel wreaths, a ceremonial sword, his golden baton and silver music-case and several other relics, 30 items in total) went to the museum in 1887."