Escape From Budapest To Mauritius 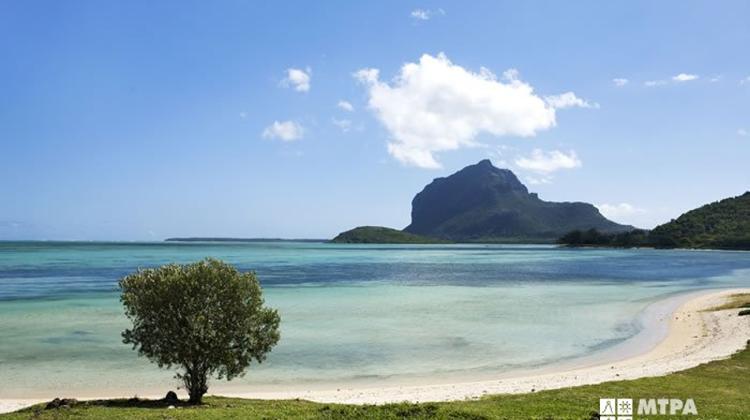 A sparkling crystal in the turquoise waters of the Indian Ocean, Mauritius is fascinating. The contrast of colours, cultures and tastes makes the island so truly charming that it's hard not to have an unforgettable holiday. You have the opportunity to experience luxury or basic accommodation: a level of refinement that's above what is on offer in other tropical destinations, or more simple options to suit budget travelers seeking paradise.

Culture
Mauritius is an emblematic island, with a unique blend of cultures and peoples from Europe, Asia and Africa. A witty traveller once remarked: “The common link between Mauritians is that they just don't seem to have one”. This view is partly true as visitors can sometimes feel they are in India, then China, and Europe, or sometimes in Africa.

Beaches
All around the island, large strips of public beaches offer unbeatable relaxing possibilities during the week and great opportunities to mix with the local population at the weekends.

Mauritius’ white beaches are protected by a coral reef barrier that encircles almost all of the coastline, with the exception of the southern end, where it falls away and where wilder waters and dramatic cliffs can be experienced.

From the northern plains, the land rises to a central plateau dotted by lakes and extinct volcanic craters. A few uninhabited islets are scattered around the island.

Capital
Port Louis , the capital of Mauritius, was founded by the French governor and colonist Bertrand-François Mahé de La Bourdonnais in 1735.

Situated on the north-west coast, Port Louis is the business and administrative capital of Mauritius. Packed with office-workers during the day, it quickly quietens down after office-hours – allowing visitors to enjoy a night out along the famous Caudan Waterfront.

Those arriving during daylight hours should head for the bustling Central Market, or if you fancy a flutter then visit Champ de Mars: the oldest racecourse in the Indian Ocean region - the second oldest race club in the world after the English Jockey Club.

Le Morne landscape: Besides being a breathtaking natural spectacle, the mountain of Le Morne holds great importance in the history and memory of Mauritius. It was here, in the south-west of the island, that runaway slaves used to hide during the 18th and early 19th Centuries – protected by the mountain’s isolated, wooded and almost inaccessible cliffs.

The oral traditions associated with these runaways have made Le Morne a symbol of the slaves’ fight for freedom, their suffering and their sacrifice. Over the years, the location has become a symbol of resistance to slavery and a focal point for those wanting to commemorate its abolition – especially the descendants of slave communities who still live on the island.

The Final Nomination Dossier and the Draft Management of Le Morne was inscribed on to UNESCO's World Heritage List in 2008.

The Aapravasi Ghat Immigration Depot is another UNESCO World Heritage site. It is the only surviving remnant of an immigration depot typical of those established in the second half of the 19th Century to welcome indentured labourers.

Most Mauritians trace the arrival of their forbears from this site, which welcomed over half a million immigrants between 1834 and the 1920s. It holds immense symbolical value for Mauritians, and the official commemoration of the arrival of indentured labourers is held at this site every November.

Mauritius became the seat of the ‘Great Experiment’, where the British attempted to show the world that the labour of free men and women would be more effective than slave labour.

Because the experiment proved to be successful, according to the British, it was replicated in other British colonies as well as in French, Dutch and Spanish territories. Over two million people were eventually transported to the colonies from Asia and Africa as a result.

Day trips on land are well worth it, we used Emotions Destination Management and were very happy with the guides.

Golf
In 1844, under British rule, Mauritius became the third country in the world to be introduced to golf. The present-day Gymkhana Club, located at Vacoas in the island’s central plateau, has been the venue for many of the island’s major sporting activities since it was first constructed back in the 19th Century.

Diving
With 330 kilometres of coastline encircled by a coral barrier reef that protects the turquoise lagoons of the island, Mauritius offers exclusive diving experiences to its visitors all year round. With its safe lagoons stretching up to the barrier reef, its passes, drop-offs and wrecks, the island provides a wide variety of dives for both beginners and those with more experience.

Saling & Sea Excursions
The islets around Mauritius offer great potential for catamaran or yacht excursions – most of which include snorkelling trips, barbecues and Sega performances. Other sea excursions include sub-scooter, under-sea walk and submarine trip.

Cuisine
The local cuisine originates from three continents – in line with the birthplaces of its inhabitants. By visiting the island, guests have the opportunity to sample a variety of foods, including Indian, Chinese, Creole and European.

Night Life
Warm, starlit evenings provide an idyllic setting for al fresco dining, dancing and romantic strolls on the beach. There is a lively atmosphere – especially on the north and west coast, where many nightclubs, pubs and restaurants can be found.

Accommodation
There is a wealth of accommodation to choose from in Mauritius – ranging from small to medium-sized hotels and charming villas right through to luxury resorts.

A good compromise between high-end luxury (at a high price), and basic budget accommodation (that’s often far from the best beaches and amenities), is the very well located Le Palmiste Resort & Spa at Trou aux Biches, where the management are very helpful. Tip: the all-inclusive package is very good value.

Airlines
Full service, great value flights to Mauritius with Condor, with one transfer in Germany (the flight between Budapest-Munich or Budapest-Frankfurt is operated by Lufthansa). 3 class configuration on Condor: economy, premium economy, and business class.

Summary
The final word here goes to Mark Twain, "One gathers the impression that God first created Mauritius, then made Heaven after it".

Special thanks to:
AVIAREPS, MTPA & Condor