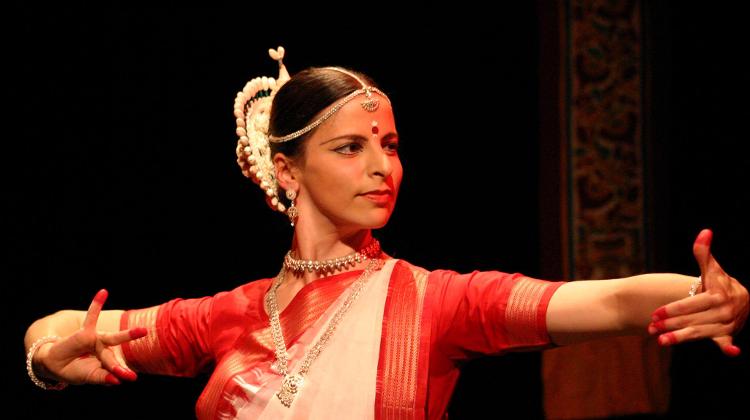 On 25th October Ms Vera Szirmay will perform at the Amrita Sher-Gil Cultural Centre in Budapest from 18.00 pm. She combines theatre studies (Vienna University), dance art and choreography in her work in theory and practice. After graduating as dance artist from the Hungarian State Opera she started to dedicate her talent for dance and interpretation to Odissi.

Since 1994 she has been continuously training under the guidance of Padmashri Madhavi Mudgal at the Gandharva Mahavidhyalaya Institute in New Delhi.

Based in Vienna, Vera-Viktoria Szirmay teaches and performs internationally. She recently joined the “Konservatorium Wien Privatuniversität” as a balett master.

It was only after the independence in the 50s when the revival started. After painstaking research into the palm leaf manuscripts, the sculptural evidence and the living dance traditions. Now it enjoys tremendous popularity all over the world.

Owing to its elaborate grace and delicate movement patterns, it is considered one of the most aesthetic present-day art forms. Sculptural poses, subtle gestures and mime as well as fluid torso movements characterise this dance style that traces its origins to the Orissan temple tradition.

Entry is free, but registration is needed via http://www.indianembassy.hu/?p=133537

Everyone is most welcome!