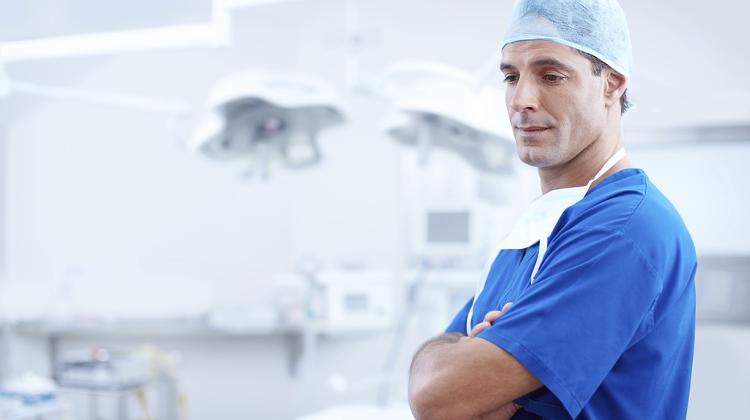 An 8% wage hike for health-care professionals originally scheduled for November this year will be implemented from January, the minister of human resources said.

Zoltán Balog made the announcement on Wednesday, after the latest round of strike talks between the government and trade unions of the sector.

The hike is the last stage of a wage programme which had been launched in 2016, the minister told a press conference.

Wages will have risen by an average 53% since 2016 with this last hike, Balog said. Ambulance workers will receive the current 8% raise on top of the 10% specifically allotted to the sector, he said. The raise will affect 80,000 health employees altogether, he said.

Ágnes Cser, head of the Democratic Union of Hungarian Social and Health Care Workers (MSZ EDDSZ), welcomed the decision and said it was an “enormous achievement”.

The trade union’s goal is to bring Hungarian wages in the sector to 75% of average wages in the EU, she said. “So we still have a long way ahead of us”, the union leader added.