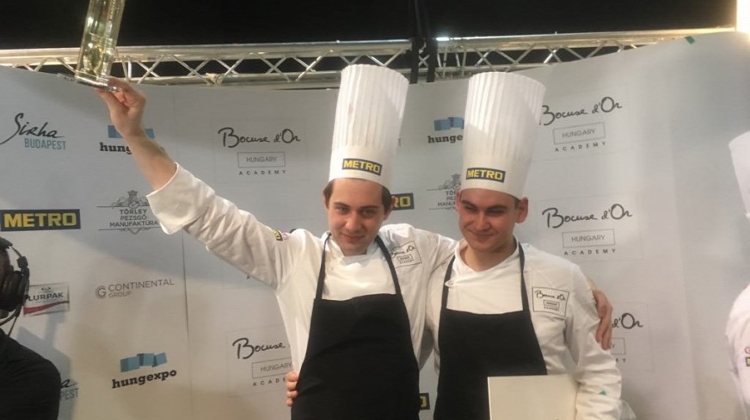 Ádám Pohner, assistant chef at the Kistücsök Restaurant in Balatonszemes, won the Hungarian final of the Bocuse d’Or cooking contest on Thursday and will represent Hungary in the European final.

The winner of the 2016 European final, Hungary’s Tamás Széll, will be the head of the jury panel at this year’s final in Turin in June.

Five other chefs competed in the national final in Budapest yesterday, namely Richárd Elek of Fausto’s Ristorante, Ádám Garai of the Olimpia Restaurant, Zsolt Haraszti of Alabárdos, István Veres of Babel Budapest, and István Volenter from the 67 Restaurant and Bistro in Székesfehérvár.

A total of 24 chefs were included in the cuisine and sampling jury, including Széll.

Tributes were paid to Paul Bocuse, the French chef after whom the contest was named, who died on January 20.